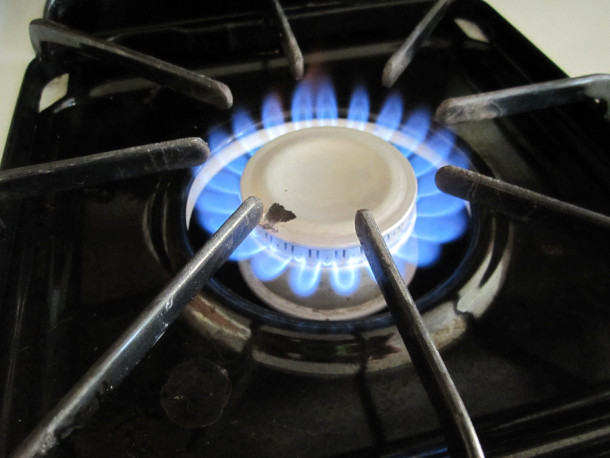 A study published in the international Journal of Environmental Research and Public Health estimated that gas-burning stoves are responsible for 12.7 percent of childhood asthma in the United States. (Photo: Kevin Spencer, Flickr, CC BY-NC 2.0)

Journalist Peter Dykstra joins Host Steve Curwood this week to discuss a proposal to phase out gas cooking stoves linked to health risks. and They also consider the climate rhetoric of the new Republican Chair of the US House Science, Space and Technology Committee. And in history they look back to President Nixon’s 1970 State of the Union address with its soaring language about protecting the environment.

And on the line now from Atlanta, Georgia is living on Earth contributor Peter Dykstra. Hey, Peter, what do you have for us this week? There from Atlanta.

DYKSTRA: Hi, Steve, what we're going to treat you with an all Washington segment. Yes, there's stuff going on in Washington. The nation's premier consumer watchdog agency is the Consumer Product Safety Commission. And one of its commissioners, Richard Trumka, Jr. suggested that we should consider moving away from gas cooking stoves. There are so many things that have been cited in so many studies in recent years indoor air pollution, major cause of asthma, the production of soot, the production of other toxic chemicals. And of course, those gas stoves are a contributor to climate change.

CURWOOD: And how did Washington respond to this news? And because, in fact, it's true that gas stoves are not so healthy for us.

DYKSTRA: Well, the Republican Party and the oil and gas industry felt mighty threatened by the notion of banning gas stoves, except the fact that no one in the Biden administration nor Commissioner Trumka suggested that anyone was banning gas stoves, the Consumer Product Safety Commission police are not going to come in, in the dark of night and unhook your gas stove and haul it away. Trumka suggested that there possibly would be no gas hookups built into new homes. There are some places like Berkeley, California that have already made this law, New York State is considering the same thing. The CPSC is actually going to study this later in the year. But nobody, nobody said that gas stoves should be banned, and the one you may have now should be shut down.

CURWOOD: And if you do have one right now, and you're concerned about your health, just use that overhead hood to exhaust the fumes or open a window.

DYKSTRA: A partial but easy fix.

CURWOOD: Hey, what else do you have for us?

DYKSTRA: Well, we're looking at the new Republican Chair of the House Science Committee, Representative Frank Lucas, Republican of Oklahoma, he acknowledges that climate change is real, in part because the farmers in his Oklahoma district keep telling him how things are changing. More intense storms, more intense droughts, heat waves, his Republican predecessor up until 2019, Texas Congressman, Lamar Smith was a hardcore denier. 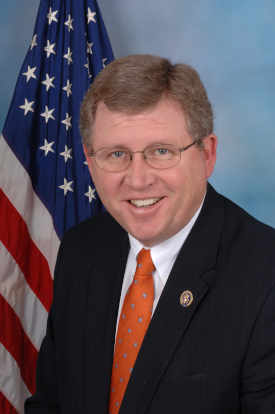 Frank Lucas is a representative of Oklahoma and was named the Chairman of the House of Science Committee on January 10, 2023. (Photo: U.S. Congress, Wikimedia Commons, Public Domain)

CURWOOD: But what does he say about the oil and gas industry that's so important there in Oklahoma?

DYKSTRA: Well, the gas industry from the perspective of just about every member of Congress in a state like Oklahoma needs protecting his policies and speeches have shown a strong need to protect, it's not certain that he's going to do anything to follow through on his own acknowledgments, that climate change is real. Oklahoma, don't forget to in addition to farming, and oil and gas is a place where the wind comes roaring down the plane. And wind power has actually become a big deal there as well.

CURWOOD: Yeah, they're in the transition right next to all those wind farms across the border there in Texas. Okay, well, let's take a look back in history now, Peter.

DYKSTRA: On January 22 1970, in his State of the Union address, Richard Nixon said this.

NIXON: Restoring nature to its natural state is a cause beyond party and beyond factions. It has become a common cause of all the people of this country. 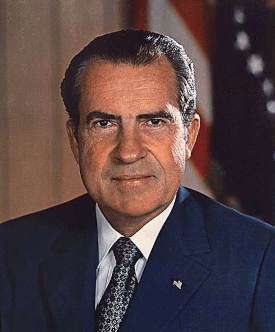 US President Richard Nixon discussed his initiatives regarding protecting the environment during his State of the Union address on January 22, 1970. (Photo: Rupert Colley, Flickr, CC BY 2.0)

DYKSTRA: Well, imagine that a bipartisan approach to environmentalism. Nixon, of course, was a pioneer in many ways on the environment. During his watch,

CURWOOD: Yeah, he created the Environmental Protection Agency for one thing.

DYKSTRA: Yeah, the Clean Air Act was signed by Nixon, the Endangered Species Act, the Marine Mammal Protection Act, the National Environmental Policy Act, and not only did he say environmental things, those things are evidence that he followed through on many of them.

DYKSTRA: He was not a crook on environmental issues, as far as we know.

CURWOOD: Well thanks, Peter. Peter Dykstra is a regular contributor to Living on Earth. And we'll talk to you again real soon.

DYKSTRA: All right, Steve, thanks a lot. Talk to you soon.

CURWOOD: And there's more on these stories on the living on Earth webpage. That's loe dot org.

Union of Concerned Scientists | “Should New Gas Stoves Be Banned?”

Watch President Richard Nixon's Message to Congress on the Environment