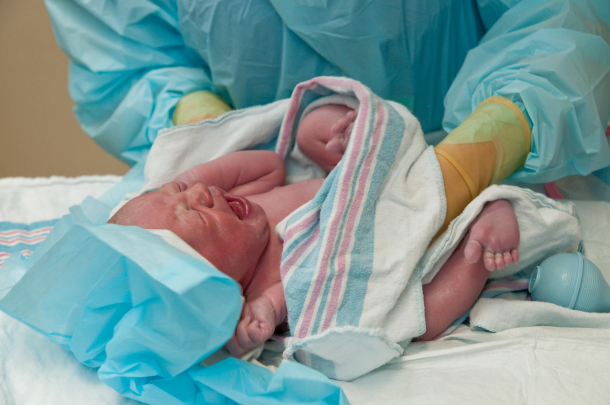 This week on Beyond the Headlines, Environmental Health News editor Peter Dykstra and Host Bobby Bascomb explore a new study that found a correlation between natural gas production and low birth weights. In the Midwest, a startup is helping farms use volcanic dust to pull carbon dioxide from the atmosphere while fertilizing crops. And the two recall the moment George H.W. Bush attacked environmental advocate and opposing vice presidential candidate Al Gore, calling him “Ozone Man.”

Well, it's time for a trip now Beyond the Headlines with Peter Dykstra. Peter is an editor with Environmental Health News. That's ehn.org and dailyclimate.org. Hey there, Peter, what do you have for us this week?

DYKSTRA: Hi, Bobby. There's a peer reviewed study in the journal Preventive Medicine Reports that says that for the first time, researchers have discovered a link to lower birth weight nationally. Overall, it's about a gram and a half for every ten percent increase in areas that are experiencing increasing natural gas production. But in Asian babies, it's nearly twice as much. And in black babies, it's over 10 grams and natural gas production has gone absolutely crazy.

BASCOMB: Right, that's the thing. I mean, 10 percent associated with a gram and a half or 10 grams. I mean, it doesn't sound like too much. But there are some places where we're seeing natural gas production increased by, you know, a thousand percent. And we know very well that low birth weight is associated with all sorts of problems, including higher infant mortality and long term health problems. It's a significant issue here.

DYKSTRA: And the boom in natural gas production, not too long ago, was considered to be a help for curbing climate change, because it was said to be cleaner than standard oil and gas production. That's turned out not to be the case as well. 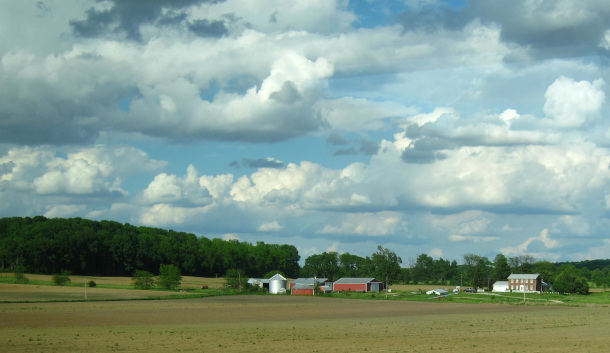 Farms in the Midwest are using crushed basalt as a fertilizer to encourage crop growth, as well as fight climate change by capturing carbon dioxide in the air. (Photo: Stephen Drake, Flickr, CC BY-NC-ND 2.0)

BASCOMB: Right, they called it a bridge fuel, but seems to be a bridge to more climate problems and health problems. All right, well, what else do you see for us this week?

DYKSTRA: So really interesting thing that we picked up from Fast Company's website. Fast Company told us of a startup that's using the dust from volcanic rock as a carbon capture tool on farms by spreading it as fertilizer. It's been used in farms predominantly in the Midwest. On this one farm that they looked at, it amounted to capturing 384 tonnes of carbon. This is one of 14 farms that are the sites of an experiment, and it's got some farmers looking at maybe a cleaner way to fertilize. Also, contributing a little bit of a solution to climate change as well.

BASCOMB: And so how does the chemistry of that work though? How is volcanic rock going to sequester carbon?

DYKSTRA: The volcanic dust, it's actually basalt volcanic mineral that's ground into dust, brought in as fertilizer, tends to pull CO2 from the air. And once that's used on these farms, it not only increases production of the crops, but it helps in a big environmental way. Something that farmers are beginning to really realize they have a stake in.

BASCOMB: It seems like a win-win here. I mean, if they get increased crop production and sequester carbon, maybe even get some money for sequestering that carbon.

DYKSTRA: Money may still be the bottom line for farmers who have been known to struggle in recent years. But let's call that a win-win-win if it works out to be as good as these first experiments seem to promise.

BASCOMB: Well, what do you see for us from the history books this week? 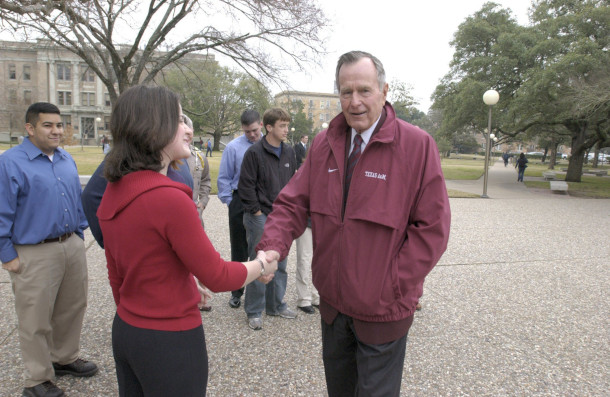 GEORGE H.W. BUSH: You know why I call him Ozone Man? This guy is so far off in the environmental extreme we'll be up to our neck in owls and out of work for every American. This guy is crazy. He's way out, far out, man.

BASCOMB: Far out, man, I never really expected to hear that from George Bush Senior.

DYKSTRA: Right, it's kind of the Woodstock edition of George Bush Senior. But even more importantly, four years before, when George Bush beat Michael Dukakis, the Massachusetts governor for the presidency. He promised to be the environmental president, and he attacked Dukakis over all the pollution in Boston Harbor. And in that four year swing, he went from making promises to be the environmental president to making jokes about Al Gore, the Ozone Man.

BASCOMB: All right. Well, thanks, Peter. Peter Dykstra is an editor with Environmental Health News. That's ehn.org and dailyclimate.org. We'll talk to you again real soon.

DYKSTRA: Okay Bobby, thanks a lot, and we'll talk to you soon.

BASCOMB: And there's more on the stories on the Living on Earth website. That's loe.org.