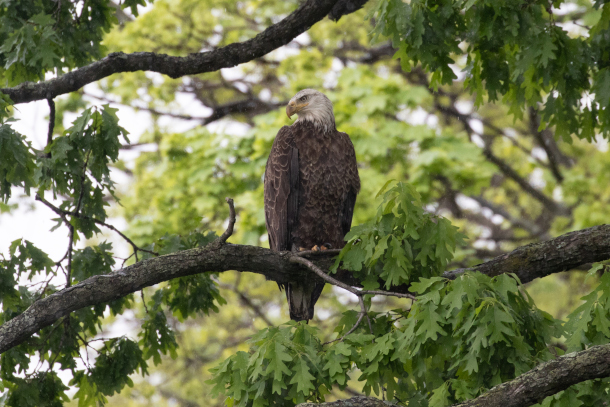 Bald eagles were nearly driven to extinction in the 20th century but are now making a big comeback. These majestic creatures are becoming so common that people including Living on Earth's Sophia Pandelidis are spotting them in the most unexpected places, even the heart of Manhattan.

CURWOOD: It’s Living on Earth, I’m Steve Curwood. Bald eagle numbers have roughly quadrupled in the last decade, up to more than 300,000 today. They are becoming so common that many people, including Living on Earth’s Sophia Pandelidis, are spotting bald eagles in one of the last places you might expect.

PANDELIDIS: The sharp silhouette of New York City slices into a frigid blue sky. On this Sunday morning, Central Park is buzzing, alive with the chatter of friends and family. Children, rosy-cheeked, race among the trees. Dogs thump their tails, and those weary of the bustling city bask in this oasis of nature for a few moments.

PANDELIDIS: A mere tourist, I stroll among them with a college friend. As we shuffle along the one of the reservoirs, an unexpected sight suddenly bursts into view.

PANDELIDIS: A flurry of wings, and yes—could it be?—a pinprick of white soaring above the water. A bald eagle—majestic and wild—in Central Park, of all places! Hands all around me point towards the sky, and voices exclaim in surprise.

PANDELIDIS: I came for a weekend trip to the “big city,” only to find that wildlife is everywhere, even here. Later I would learn that this bald eagle has long been known to local birders, and he’s even got a name. “Rover” was born in New Haven, Connecticut in 2018, along with two siblings. The chicks caught the attention of local biologists, who banded the birds to keep track of them. Rover turned up in Brooklyn in 2020, then moved to Manhattan this year. Loads of New Yorkers have stories of watching Rover hunt in Central Park. Just catching a glimpse of this now-famous character was thrilling for me. Bald eagle populations plummeted in the 20th century largely from hunting, habitat loss and eating prey animals that had been contaminated with DDT, which thins eggshells. Scientists believe Rover’s presence in New York City may be a sign that the bald eagle is making a comeback in urban areas as well as more wild ones. When we create and care for parks in our cities, they become little biodiversity hotspots that benefit not only us, but our feathered friends too. 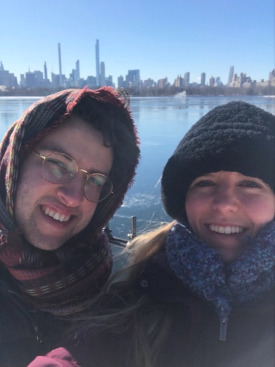 PANDELIDIS: Maybe the next time I am in New York, the flowers will be in bloom, and I will see Rover fly again. Maybe, just maybe, Rover will have a mate in tow, and new life will be on the horizon.