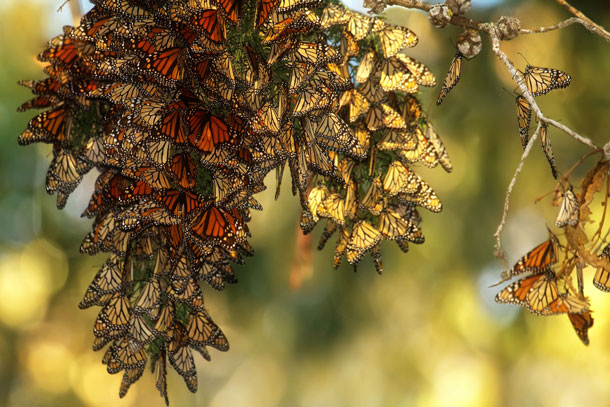 Monarch butterflies cover oyamel fir trees while overwintering in Michoacan, Mexico. They undertake an incredible migration of 3,000 miles or more to protect themselves from winter in the North. (Photo: Alex Guillaume on Unsplash)

One of the world's most beloved insects, the migratory monarch butterfly, has been declared endangered by the International Union for Conservation of Nature as upwards of 80% of migratory monarchs have died off in the past two decades. Tierra Curry, senior scientist with the Center for Biological Diversity, joins Host Bobby Bascomb to discuss what can be done to help save the iconic butterflies.

The International Union for the Conservation of Nature recently updated the conservation status for one of the world’s most beloved insects. The migratory monarch butterfly is now classified as “endangered" after decades of population numbers crashing. Their generational migration from Mexico to Canada makes the butterflies extremely vulnerable to climate change, pesticides, and habitat loss along the way. Upwards of 80 percent of migratory monarchs have died off in the past two decades. The US Fish and Wildlife Service has acknowledged that monarchs warrant endangered species status here in the U.S., but they have not yet actually listed the monarchs under the Endangered Species Act, a move that would afford the butterflies far more protection. For more, I’m joined now by Tierra Curry, a senior scientist from the Center for Biological Diversity. Tierra, welcome back to Living on Earth!

CURRY: Thanks so much for having me. I love your show. I listen to it every week while I work in my yard.

BASCOMB: Oh, that's great to hear. Well, working in your yard, have you seen any monarchs yet this year?

CURRY: I had a very early season caterpillar, and I haven't seen a single adult.

BASCOMB: Okay, well, I have seen a bunch, I have to say. I've seen probably a dozen or so this year. 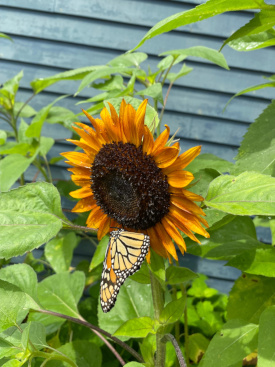 A monarch perches on a sunflower. (Photo: Bobby Bascomb)

BASCOMB: Now, earlier this year, we ran a story about how Western monarchs, the butterflies that live west of the Rocky Mountains, they were actually on an upswing. And back in 2019, we talked with you, actually, about how Eastern monarchs were also on the rise. But now they're on this IUCN Red List. So, what's going on here?

CURRY: So, there's been a lot of developments with monarchs over the last year. The Western monarch rebound was super exciting. The Western monarchs are the ones west of the Rocky Mountains in general. And they have declined by 99% overall. And a couple winters ago, they were down to less than 2000 butterflies. It was traumatic, everyone was super panicked. And then they rebounded last year. So that was fantastic. The Eastern monarch count is still at 2.83 hectares of monarchs in their overwintering forests in Mexico. And that's less than half the level that government scientists say they need to be to be resilient to extinction, and for the migration to survive. So last week, the International Union for Conservation of Nature updated their red list. So the IUCN is a group of more than 140 other organizations and governments and tribal entities, and they're trying to assess, using actual data, the status of every species on the planet. And so as they work through all the species, they just did the monarch butterfly, and they put it in the endangered category. The IUCN criteria looks at it by decade. And so they decided that monarchs have declined by between 20 and 70% just over the last 10 years. And so that's why they put it in the endangered category. And that's one step from critically endangered, which basically means extremely high risk of going extinct in the wild. But that's very different than U.S. Endangered Species Act protection. So the IUCN said they're endangered, but that doesn't mean they're protected as endangered.

BASCOMB: Well, that's the thing. What does that mean? I mean, an international body like the IUCN, they don't really have any jurisdiction over the government here that would include them as an endangered species domestically. So, what does this IUCN listing mean for the monarchs here in the U.S.?

CURRY: It means that the consensus of international scientists and experts are that the migratory monarch population is endangered. But that doesn't give it any protective status. The Endangered Species Act isn't based on decline or area of occupancy, like the red list, it's based on threats. And so we petitioned for Endangered Species Act protection for the monarch way back in 2014 based on the threats that it was facing from pesticides, habitat loss, climate change, parasites, overwintering habitat loss, all the things driving the decline. And so the U.S. Fish and Wildlife Service is going to make their decision on listing by September 30, 2024. And at that point, it will either get proposed for protection as threatened or it could stay on the candidate list or it will get denied protection. 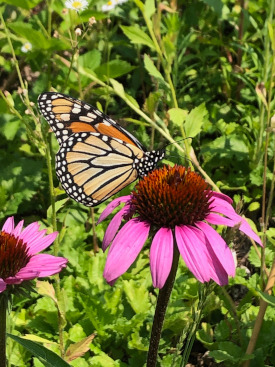 CURRY: So candidate means they have the information they need to indicate that it does warrant listing, but it's precluded by other priorities. It takes about 12 years to get a listing decision for an endangered species. The process is broken, it's not supposed to take that long.

BASCOMB: Well, you just told us how dramatically the numbers have dropped. So if we're looking at another two years before we're even going to talk about listing them, I mean, that could make a big difference, I would think.

CURRY: Absolutely, and insect populations fluctuate greatly every year based largely on weather. And so it's kind of a little bit dramatic every year when the count comes out, because it's either up or down. But you have to look at the long term trend. And the long term trend since we started counting them in the wintering grounds in the mid 90s is that they've declined drastically.

BASCOMB: Well, what kind of protections are in place for monarchs right now, if any at all?

CURRY: So, one good thing about monarchs being even considered for Endangered Species Act protection is that millions of dollars have gone into planting milkweed for them and trying to create their host plants, planting milkweed on roadsides. It's raised a lot of awareness. Most states have some sort of monarch conservation plan now. So it's caused a lot of proactive measures to be taken for them. But it's not clear that that's going to be enough to overcome the threats they face, especially from climate change and pesticides.

BASCOMB: So milkweed is crucial, because it's the only plant that monarchs will lay their eggs on, do I have that right? But they're not all created equal, from what I understand.

CURRY: Exactly. So people who are trying to help monarchs should plant native plants and plant milkweed that's native to their region. And so there is an invasive milkweed that thrives in warm areas called tropical milkweed. It's really pretty, it's yellow and red, it's the easiest one to grow. If you Google milkweed, that's what pops up. But because it doesn't die back in winter, it can harbor the parasites that are harming monarchs, so people should definitely NOT plant tropical milkweed. And there's also some indicators that it's not as nutritious for the caterpillars as the native milkweeds. 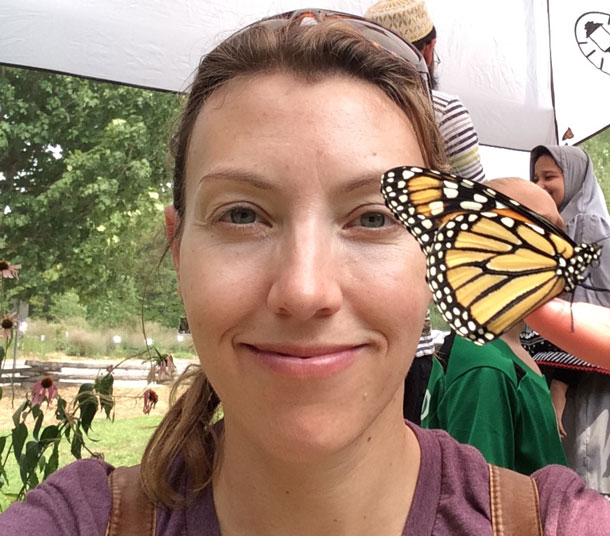 BASCOMB: And tell us please about the role that monarchs play in their ecosystems. What would we be missing if these butterflies were to go extinct?

CURRY: So, even more important than their role as pollinators or their role in the food web is just the story that they paint. They're so important for the popular imagination. They're so beloved, and they're so important culturally. They're like the poster child for all other pollinators, in addition to the role they play in the ecosystem. They're so culturally significant. In Mexico, they generally arrive for Day of the Dead celebrations, and so some people believe they represent the souls of the departed; they’re a huge part of Mexican folklore. In the United States, in summer, so many people have happy memories of watching them metamorphose or watching clouds of monarchs fly over in the migration. And of all the endangered species I work on, monarchs have more fans and more superfans, so many people love monarchs. Old people, young people, left, right. They just, they really unite us, because everyone cares about them. And it's kind of a test of: can we save them? If we can't save the super popular endangered species, then what are we willing to do to fight climate change and to fight extinction?

BASCOMB: Tierra Curry is a senior scientist with the Center for Biological Diversity. Tierra, thanks so much for joining me again today.

CURRY: Always happy to talk about monarchs. Thank you.

The Center for Biological Diversity on saving the monarch butterfly