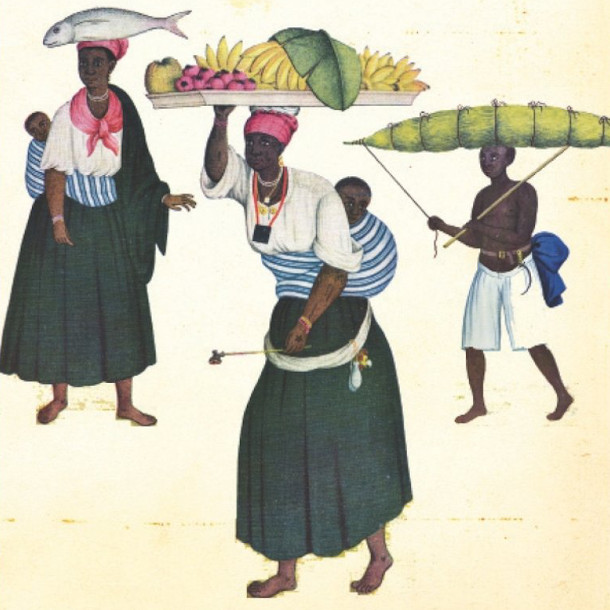 Judith Carney is the author of “In the Shadow Of Slavery: Africa's Botanical Legacy in the Atlantic World.” (University of California Press)

African Americans celebrate their ancestors’ emancipation from slavery on June 19th, a holiday known as Juneteenth. On that day, families gather to picnic and cook out. The voyage from Africa isn’t often on people’s minds, but it is in their stomachs. Living on Earth’s Ike Sriskandarajah digs into the foodways that traveled the Atlantic.

On the nineteenth of June in 1865 black slaves in Texas finally heard about the Emancipation Proclamation of 1863, and started celebrating freedom with the holiday now called Juneteenth. Sadly, freedom for slaves in Texas was delayed for more than two years, much as delays for justice still persist today for black people in America. And Juneteenth is now officially observed by some 46 states, and African Americans typically celebrate with picnics and cookouts. Often overlooked at these gatherings is the role that Africans and slave ships played in bringing some of those foods to American tables. Today as Living of Earth celebrates Juneteenth we reprise a report from Ike Sriskandarajah about how culture and agriculture overlapped in that dark chapter of American history.

SRISKANDARAJAH: For 1,000 years before the Atlantic slave trade started, the origin of humanity was also its cornucopia. Many of the world’s staple foods first sprouted from African soil. They’re on your picnic table, from the sesame seeds on your bun to the Worcestershire sauce in your hamburger to your slice of watermelon. And if you reach into the cooler…

CARNEY: The cola in coca cola is an African plant as well, the cola nut.

SRISKANDARAJAH: Judith Carney, is the author of In The Shadow of Slavery, Africa’s Botanical Legacy in the Atlantic World. Her book traces the path of foods that traveled with slaves including an ingredient in the world’s most ubiquitous fizzy drink.

CARNEY: Cola came on slave ships - they used cola nut in the casks of water that were carried on the ships to refresh water that was going bad during the prolonged voyage.

SRISKANDARAJAH: So they were drinking coke 400 years ago on slave ships?

CARNEY: [LAUGHS] No, no, but, you need the coca part of it and the sugar I think. I would say it’s slightly more bitter than eating a potato raw.

SRISKANDARAJAH: Another of our favorite drinks, coffee, also comes out of Africa and millet, black-eyed peas. Judith Carney tracks the migration of these foods through historical records.

CARNEY: I went back and looked at the journals and the diaries. What did the ship captains, the “slavers”. How are they feeding people for six weeks to three months voyages?

SRISKANDARAJAH: One such log was written by a 17th century slave trader, moored off the coast of western Africa.

MAN 1: A ship that takes in 500 slaves, must provide above a hundred thousand yams; which is very difficult, because it is hard to stow them, by reason they take up so much room; and yet no less ought to be provided, the slaves being of such constitution, that no other food will keep them; so that they sicken and die apace.

SRISKANDARAJAH: The slaver’s human cargo was valuable. So captains bought food the captured Africans could eat, and they bought enough of it. Sometimes the ships would even land in the New World with surplus.

CARNEY: And that I argue, the unwitting conveyance of bringing African food to the Americas was the slave ship.

SRISKANDARAJAH: Once in the Americas the slaves were scattered to work on plantation cash crops. But they were also expected to feed themselves.

CARNEY: We think of plantations as places that produced export crops, but we don’t think about them as also places where human beings had to also know how to farm for their own nourishment.

SRISKANDARAJAH: A Danish Traveler, Johan L. Carstens, wrote a diary describing his observations of the Americas during the early Eighteenth Century 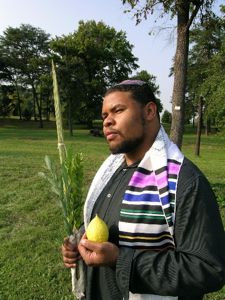 MAN 2: These plantation slaves received nothing from their master in the way of food or clothing except only the small plot of land at the outermost extremity of his plantation land that he assigns to each slave.

SRISKANDARAJAH: The staples from Western Africa flourished in the South, and from those meager plots came a rich food tradition. It was good enough for slaves, it was even good enough for a founding father. Culinary historian Michael Twitty says that Thomas Jefferson actually bought food from his slaves.

TWITTY: Oh yeah, oh yeah. The day to day needs of his own kitchen table, much of that was supplied by the enslaved population of Monticello. There are extensive records of purchases for the main house from the enslaved community. He would buy cabbage, watermelon, he’d buy sprouts.

TWITTY: Before the new immigrants come in at the turn of the 20th century, we are the ethnic restaurateurs of America.

SRISKANDARAJAH: And Twitty says that African Americans didn’t just add ingredients to America’s Melting Pot, they spiced it up too.

SRISKANDARAJAH: So important, that in 1780, close to 100 slaves newly imported from West Africa, protested until plantation owner Josiah Collins supplied the spice.

TWITTY: Within a year of their arrival he has to order 1000 pepper pods to season their food because they will not eat bland food. They expressed to him that we want the pepper pods!

SRISKANDARAJAH: Hot sauce has been on most southern tables since. African American cuisine still has its roots in those peripheral plots but, but African Americans’ connection to the land has changed.

TWITTY: We were an agrarian people for millennia even through the period of slavery. We went from being 90 percent agrarian to 90 percent urban in less than a 100 years think about that.

SRISKANDARAJAH: Freedom wasn’t free, emancipation cost the slaves their link to the land. African Americans couldn’t own or lease land - their only option was punitive sharecropping.

TWITTY: To see an okra plant that you know was growing in gardens of people who worked in Mt. Vernon or Monticello, to see a kind of rice grown in 17th century South Carolina. It gives you the sense of such connection. Because I always tell people my own little corny saying, growing history is knowing history.

SRISKANDARAJAH: And knowing history can turn your bowl of gumbo into a portal back through time.

Judith Carney's book "In the Shadow of Slavery"