At the COP26 climate talks in Glasgow more than 130 countries representing 90 percent of the world’s forest cover pledged to end net forest loss by 2030. Rhett Butler, editor in chief of the environmental news agency Mongabay, joins Host Bobby Bascomb to provide some perspective on the declaration.

BASCOMB: Well, tropical forests are critical to the world’s carbon budget and ensuring a livable climate. And at the recent COP26 in Glasgow more than 130 countries pledged to end net forest loss by 2030. The countries that signed on represent roughly 90 percent of the world’s forest cover and 85 percent of tropical forests. The Glasgow Leaders’ Declaration on Forests and Land Use, as it’s known, includes roughly 19 billion dollars in related funding commitments. Rhett Butler is editor in chief of the environmental news agency Mongabay, which focuses on tropical forests, and he joins us now to give us some perspective on the declaration. Rhett, welcome back to Living on Earth!

BUTLER: Thank you. It's a pleasure to be here.

BASCOMB: Well, halting deforestation in that much of the world's tropical forests. I mean, it's a wonderful goal. But, practically speaking, how could they go about that?

BUTLER: One of the ways that a lot of conservation groups are recognizing is critical for reducing deforestation is recognizing local land tenureship. So, helping indigenous local communities secure land rights because there's plenty of research to show that these communities have the lowest deforestation rates in their traditionally managed forests. And so, if we look at like where forests exist today, a large share of those forests are in territories that are stewarded by indigenous local communities. So, a lot of groups are now rallying around the idea that helping strengthen land rights is a key mechanism for reducing deforestation. Beyond that, forest monitoring, it's got a lot better. So, we're able to see where deforestation and forest degradation is occurring now. So, we no longer have ignorance as an excuse for not taking action. And then there's some groups that have been pushing more for payments for ecosystem services. So, the idea of looking at the carbon value of those forests and then paying countries to, to preserve them. 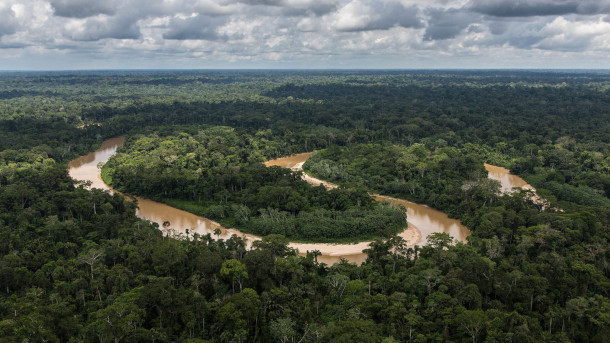 BASCOMB: Well, as we said, roughly 130 countries have signed on to this declaration, including Brazil, which is home, of course, to the majority of the world's largest tropical rainforest, the Amazon. But deforestation rates in Brazil have been marching steadily upwards for the last decade or so. And even more so since Jair Bolsonaro became president almost three years ago. So, what do you make of Brazil signing on to this pledge to halt deforestation?

BUTLER: So, it's a big deal that Brazil signed it, there are some caveats, though. So, there's been an emphasis on net zero deforestation, which means that clearance of national forests could still happen, but it could be quote-unquote, offset by plantations. So that's a significant loophole. And then Brazil's leadership has been focusing on illegal deforestation. So illegal deforestation is, you know, a subset of overall deforestation. But what's been happening in Brazil under the Bolsonaro administration, is that deforestation that was, you know, once illegal is now being legalized. So essentially, environmental laws are being relaxed. So, it's kind of like a shifting baseline. 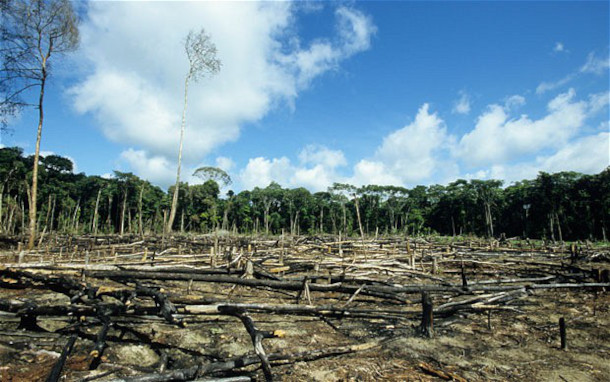 BASCOMB: So, focusing on illegal deforestation doesn't do you much good when you keep changing the laws to make deforestation legal.

BUTLER: Yeah, exactly. And then also when you're not enforcing the law.

BASCOMB: Well, at the other end of the spectrum is Indonesia, which is also signed on to this declaration. And as I understand it, Indonesia has been really effective at reducing deforestation rates. Can you tell us about that? And what are they doing right there?

BUTLER: Well, so yeah, Indonesia seen a big drop in deforestation over the past five years from a pretty high baseline. So, if we compare the first half of the decade to the second half of the decade, deforestation fell by about a million hectares, we're talking primary forests, which is a lot. So why is it happening? So, there are a few things. So, there's both factors that are, that are within Indonesia's control, and there are macro economic factors that are sort of outside of Indonesia's control. So, within the things that Indonesia could control, in the early 2010s, they established a moratorium on converting certain types of forests for plantations. So, the oil pump plantations and wood pulp plantations. And so that moratorium has been renewed every, every few years, and remains in place. And so that is probably a factor in the reduction, deforestation. Sort of factors outside of Indonesia's control have been the price of palm oil. So, until about the past year, palm oil prices have been sort of declining, relative to the, the historical highs where they've been, you know, in the first part of the decade. And so, since palm oil is the most profitable form of land use in a lot of these tropical forests in Indonesia, if the price is falling, then there's less incentive to actually clear forest. And so that's, that's also a factor. 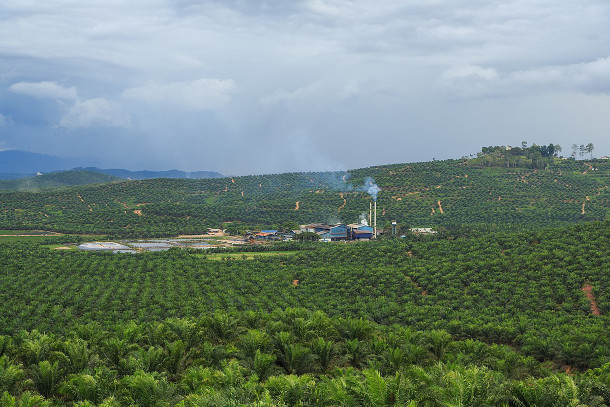 Palm oil plantations are common in Indonesia and a major cause of deforestation of tropical forests. (Photo by CEphoto, Uwe Aranas, Wikimedia Commons)

BASCOMB: Well, this new declaration is accompanied by about $19 billion in funding commitments. How might that be spent in an effective way, do you think?

BUTLER: I think a lot of that money is probably gonna go towards mechanisms that were previously applied, which hasn't really worked that well so far. But the fact that it is a significant amount of money is, you know, is important. So given this large push around securing land rights and recognizing land rights of indigenous peoples, I would expect to see some of that money going to funds that would then be reallocated towards those efforts, especially in geographies where there are large tracts of forests that are stewarded by indigenous people. So especially like in the Amazon and Congo basin, and even parts of Indonesia. So that money will go into technological systems. So, we have decent monitoring now, but the carbon accounting around land use emissions is still pretty poor, there are a lot of gaps, and some countries aren't exactly being transparent in terms of what they report to the UN versus what's actually happening. So, I'd expect to see some of that money allocated towards kind of the accounting and monitoring. And then I think a lot of the money is just going to go towards, you know, conventional conservation initiatives. So, you know, these are typically initiatives that are implemented by either governments or NGOs, which include both protected areas, but then also conservation measures that are outside protected areas. So, working towards more sustainable landscapes, restoration projects, so that would be both allowing degraded areas to recover naturally, but then also doing tree planting and afforestation. So, I think those are all where this money will probably be applied.

BASCOMB: Now, you mentioned earlier the New York Declaration on Forests, which was endorsed at a UN Climate Summit in 2014. Can you compare that for us to this more recent pledge in Glasgow?

BUTLER: Yeah, I mean, so the New York Declaration on Forests was both more limited and more expansive in scope. And so, I'll clarify what that means. So, there was a smaller number of national governments that signed the agreement. So, it was 39, endorsed the declaration, but then there were sub-national entities about 20. So sub-national entity would be like a state or province that signs the declaration, whereas the national government does not. And then there were also companies, NGOs, and indigenous communities that signed it as well. It was a smaller group of national governments that signed it, but it was a broader array of society and groups, institutions that signed the agreement. That said the, the amount of land that was covered by that declaration was much smaller. So, the New York signatories, it was about 1.5 billion hectares of tree cover, whereas the Glasgow signatories represent about 3.5 billion hectares. So, it's more than twice. The New York Declaration aimed to halve deforestation by 2020 and end it by 2030. The Glasgow declaration aims to quote-unquote, halt forest loss by 2030. So those targets are aligned.

BASCOMB: Rhett Butler is founder and CEO of the environmental news agency Mongabay. Rhett, thank you so much for taking this time with me today.

BUTLER: Thank you so much for having me.

Mongabay | “What Countries Are Leaders in Reducing Deforestation? Which Are Not?”