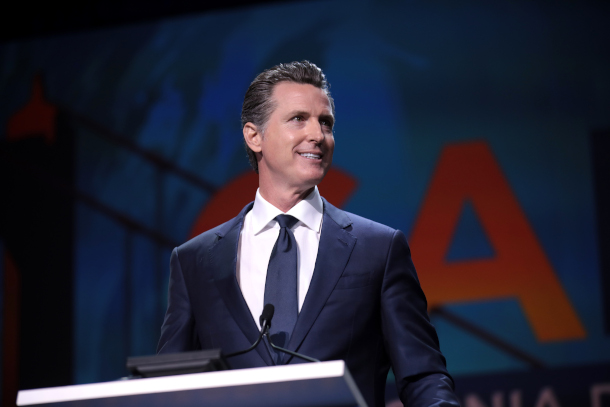 California voters roundly rejected a Republican bid to recall Governor Gavin Newsom, who has set the state on a path to a low-carbon future. Living on Earth’s Jenni Doering discusses with Host Steve Curwood why the stakes for the climate were so high in this recall election.

CURWOOD: On September 14th California Governor Gavin Newsom avoided a Republican effort to recall him, and you could say the climate also avoided a Republican rollback. California has been a leader in the nation and the world on the climate for years and in 2006 it became the first state in the country to place broad caps on carbon dioxide and other climate-warming greenhouse gases. California has also played a key role in showing the world a continued American commitment to reduce emissions even as the Trump Administration pulled the US out of the Paris Climate agreement. For example, last year Governor Newsom set an ambitious goal to phase out gas-powered vehicles completely in California by 2035. LOE’S Jenni Doering has been following the recall election and joins me now for details. Hi Jenni!

CURWOOD: So, how are folks in California reacting to the election?

DOERING: Well even though much of the campaign rhetoric revolved around the pandemic there’s sort of a collective sigh of relief among climate conscious folks across the country. I called up Cara Horowitz, she’s co executive director of the Emmett Institute on Climate Change and the Environment at UCLA’s School of Law, to get her take.

HOROWITZ: Californians care deeply about doing something on climate change not out of some altruistic or save the planet set of goals, but because we see, you know, when we look outside our windows that this is affecting our communities. It’s causing wildfires that are blanketing our cities with choking wildfire smoke and causing evacuations and deaths; it’s causing droughts; it’s really making life in California more difficult in ways that are palpable to communities across the state and so I have to believe that was in their heads as they turned up at the polls.

CURWOOD: No kidding -- so Jenni what kinds of climate policies specifically were at risk?

DOERING: Well, the Governor really has a lot of power over the climate agenda. Newsom already set a goal to phase out new fracking permits within 3 years. Cara Horowitz says of the 46 mostly Republican candidates to replace Governor Newsom the top vote-getter Larry Elder, a big Trump supporter, would have been a disaster for the climate.

HOROWITZ: Our state’s goal to become carbon neutral by 2045 really depends only on who’s governor and those things would have been toast under Larry Elder. I don’t think it’s exaggeration just to say boldly that the Republican frontrunner really had environmental regulation in his sights. He’s called climate change a hoax, he talked very openly about ending what he calls the war on oil and gas extraction in California. 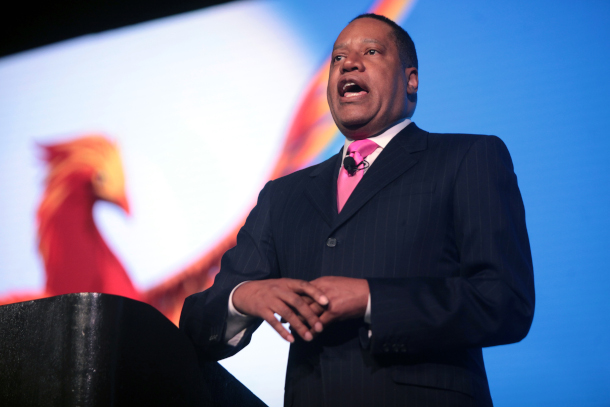 DOERING: And there are other ways the governor can control climate policy.

HOROWITZ: And those include things like agency appointments, who’s on the board or heads the California Air Resources Board, which is the state agency that essentially develops California climate policy.

DOERING: A shift in power would have impacted the business community too. Here’s Samantha Gross, director of the Energy Security and Climate Initiative at the Brookings Institution.

GROSS: At the national level we’ve seen a lot of flip-flopping on climate policy and that’s a difficult environment in which to run a business. Whereas California policy has been much more consistent over time and much more clear.

DOERING: She says it’s also led the way in showing how whole economies can transition away from fossil fuels.

GROSS: California’s a real leader in renewable energy in the United States, and California and the Newsom administration have really shown that you can operate a grid with a higher level of renewables than many thought possible right now.

CURWOOD: Yeah, in the world’s fifth largest economy too.

DOERING: Right, and Professor Horowitz says that California’s global role became crystal clear for her on a trip with students to one of the big UN climate talks.

HOROWITZ: We were walking down a corridor next to some delegates from another country who were obviously party delegates and I actually don’t know what country they were from but they were from an African country and we heard them speaking in their native tongue and didn’t really understand what they were saying, except, punctuating their conversation periodically would be the phrase, “AB 32,” and “Fran Pavley,” which is of course a reference to California’s landmark climate change bill, AB 32 which was sponsored by Fran Pavley in the legislature. And it was really a remarkable moment because it brought home for us that California’s influence is not just theoretical but real.

DOERING: And of course, the Biden administration aims to reassert U.S. leadership at the next climate summit. If climate champion Gavin Newsom had been tossed out of office that would have been a lot harder. And Steve, Governor Newsom had pretty much the same margin of victory as President Biden in California so the Democrats should be feeling pretty confident that their base is behind them on the pandemic and climate issues.