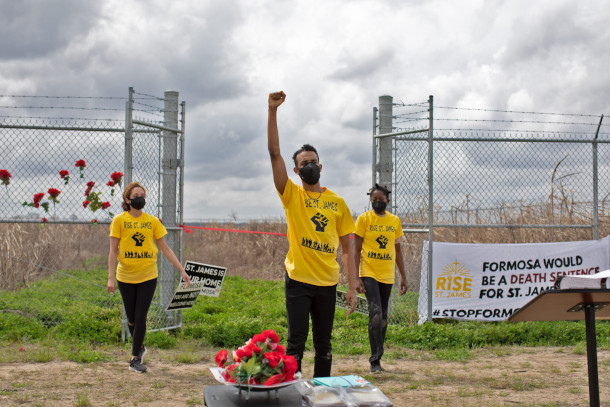 Hurricane Ida left Louisiana's ‘Cancer Alley’ with crumbling homes and infrastructure, in a region that already suffers from toxic pollution as well as some of the highest cancer and Covid-19 death rates in the United States. Sharon Lavigne, founder of the environmental justice nonprofit RISE St. James, continues her conversation with Host Steve Curwood about the efforts to stop a multi-billion-dollar plastics facility and how Hurricane Ida resulted in further pollution from the petrochemical industry.

Before the break Environmental Justice activist Sharon Lavigne told us how Hurricane Ida added even more misery to the toxic environment she and her fellow residents endure along the petrochemical corridor in Louisiana known as Cancer Alley. Sharon is the 2021 North American Goldman Environmental Prize recipient for her work that so far has blocked construction near her home of a major ethane cracking plant proposed by Taiwanese plastics maker Formosa. But a lifetime of exposure to toxic chemicals has already killed some and sickened many others in the region, including Sharon herself.

CURWOOD: Now this land that you live on, this is a family place, if I understand that correctly.

LAVIGNE: Yes it is. It's my grandparents'.

CURWOOD: So that was old sugar cane plantation land north of New Orleans there on the west bank of the Mississippi.

LAVIGNE: Yes, it was. We still have a few people doing sugarcane. But the industry have bought a lot of the sugarcane land because they want that land for industry. And a lot of people sold their land to industry because it's more money. It's more money than they selling it to a resident.

CURWOOD: So when a hurricane is about to hit as part of the emergency procedure petrochemical facilities have apparently the right to emit unprocessed chemicals and gases through flaring, which is basically burning them in the air. So how has this impacted the community during Hurricane Ida? What happened with stuff from the chemical plants? 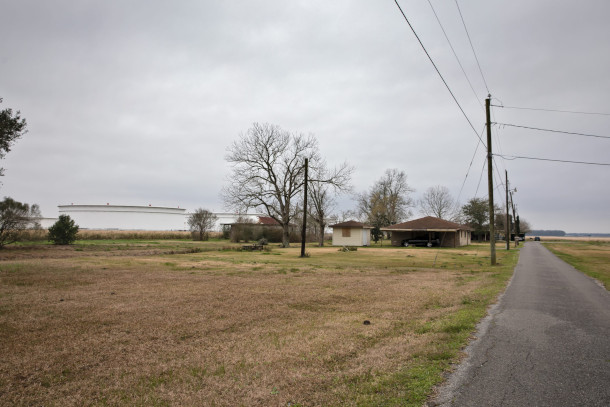 LAVIGNE: The chemical plants are really having a ball with this hurricane, they are out there polluting us even more. Before Ida they the flares were in the air, and it might have stopped might have vented it like on a morning or an evening. Now it's constant all day long and the reason why I know I live two miles from it, two and a half miles from it. And I pass there and other people pass there and they tell me and I did live stream for two or three days about this industry that's with the flares. They have oil leaks on the side of the big tanks in St. James in a little area called Burton Lane. I went out there for two days to take videos and to do live streams to let the people know what's going on in St. James because the industry doesn't care. They really don't care if they are polluting us. If you pass by some of the places you can smell oil, you could smell sulfur. You could smell all different kinds of things in the air, different chemicals and stuff in the air. So they’re having a ball. They think no one is watching them right now. So they're polluting us even more on top of the hurricane, they are taking advantage of that and they are polluting us even more.

CURWOOD: What’s the chemical plant that's two and a half miles away from you that is operating right now?

LAVIGNE: American Syrinix and Mosaic. Mosaic is a fertilizer plant and they have sulfur sitting up there and you could smell it when you pass by. One lady came from Lake Charles she came to bring supplies and she was going towards, gonna jump across the ditch to go on top of the levee. As she stepped some oil, she stepped in oil. They put the oil in a ditch. They don't care. They put oil in Burton Lane. Marathon it was was Shell before they change the name to marathon. So they polluting those people right in Burton Lane. You have poor black people don't have no don't have no white people in Britain. People are dying, two people died over there. One guy with respiratory problems because he can walk a few steps and go past the tank. That's how close one of the tanks are to his house, and he died. And this other lady that was fighting with me she died to, she had all kinds of problems, all kinds of illnesses. Her house would shift when they built a train, the rail and everything, her house would shift. They started to have flooding because the plant built a levee to keep the water from coming on their side. And the water came on the residence side. And they have this noise all day long. And they have this fuming air all day long. And these people were bombarded with all of that all throughout the day. They call me and complain. And the lady that was helping me she died. 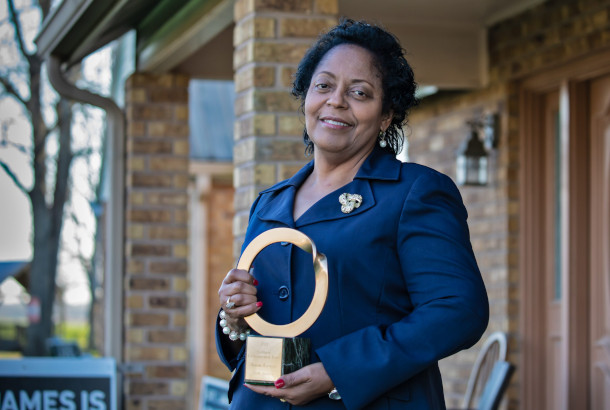 CURWOOD: We’ve seen statistics that say that people in cancer alley are dying five times more often of COVID of the virus than the national average. What have you seen along those lines yourself?

LAVIGNE: I’ve seen a lot of people that died with COVID. I've seen more In fact, St. John Parish, I heard about more over there than over here in St. James. St. James have a lot too but St. John the Baptist have the most that I know of. And the cancer rates are very high in ‘cancer alley’. In St. James. We have so many people with cancer. So many people, I would have to take a long tablet to write down all the names of the people that I know that died of cancer and the people who have cancer right now. I have relatives with cancer. I have a sister in law that died with cancer. Two neighbors died one on each side died with cancer. I do have people over here that I can give you their number you can talk to them and they can tell you the kind of cancer their husbands had, husbands died with cancer. And one man was working in a plant he died with throat cancer. I don't understand it. I really don't.

CURWOOD: Sharon Lavigne, thank you so much for taking this time with us and we wish you well for the recovery from Ida and from living in this ocean of pollution.

LAVIGNE: Yes, thank you, thank you for having me. But I like the way you put that, the ocean of pollution. You are right it is it is the ocean of pollution. We can't even drink the water. The water is contaminated. And we are under a boil water advisory right now. It’s sad, it’s really sad, it's hurtful. It's really hurtful and our children have to grow up in this. And when you move to the next town, it's not it's not much better. From Baton Rouge to New Orleans. That's what they call cancer alley. It’s sad it makes you want to cry. I've cried many days. When I found out about all these industries, I didn't know it was that bad until I started doing this work. When I found out I said how can the people sit in here and let this happen. 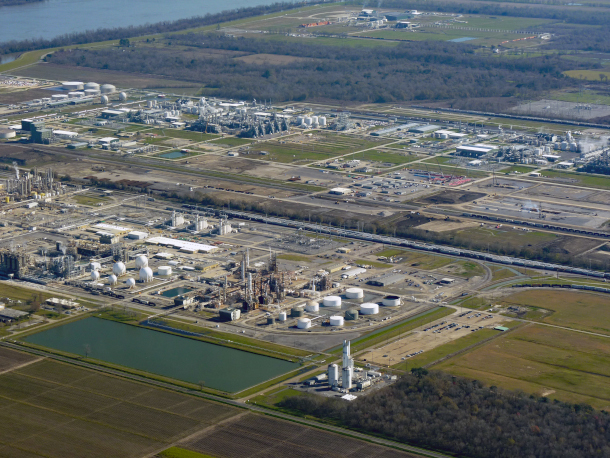 Part of the Dow petrochemical industry complex on the west bank of the Mississippi in Iberville Parish. (Photo: Louisiana Sea Grant)

Didn't even try to fight to try to stop it. A lot of them are afraid a lot of them have people that work in industry. I had two brothers that are worked in the industry, have a daughter that worked in industry, but it doesn't mean you have to pollute us and kill us and poison us. It hurts me to know that people are afraid to speak up. Some of them speak without the camera. I don't care if I have a camera, I don't care what it is, I’m gonna speak up. And they’re afraid for me. I'm not afraid for me. I'm afraid they'll be going to die of all these chemicals and nobody do something about it. And it hurts. It hurts so bad, it really does. And I’m gonna keep on speaking up, I’m not gonna stop. The industry will tell you they stopping but they lie. And they still pollute you. They do it a different way without you knowing, but you could smell that stuff. And I'm gonna fight.

CURWOOD: Our guest has been Louisiana resident and Hurricane Ida survivor Sharon Lavigne, the founder of RISE Saint James and the 2021 Goldman Environmental Prize winner for North America. A spokesperson for the Formosa Plastics Group told New Orleans Public Radio the company will comply with any directive to assess potential impacts of the project, and cited the company’s “unwavering commitment to the parish and to Louisiana.” Marathon Pipeline acknowledged a release of crude oil the day after Hurricane Ida. The company said it is cleaning up the spill and claims there were “no identified offsite impacts.”