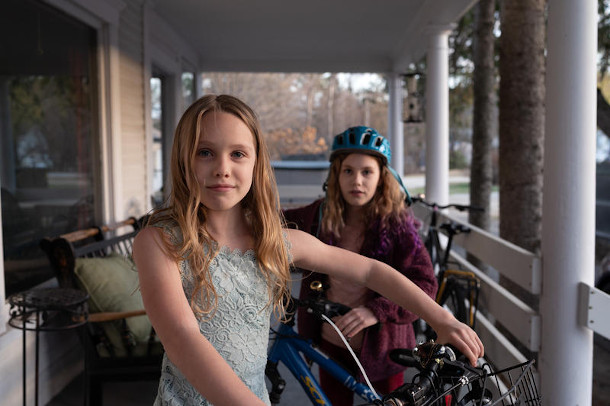 Azalea Morgan, 9, (left) and her sister Ember Morgan, 10 (right) stand with their bikes on the porch of their home in Andover, New Hampshire. The sisters biked to New York City from Andover with their mom to raise awareness about climate change in 2019. (Photo: Ryan Caron King, Connecticut Public for the New England News Collaborative)

Teens and kids will be more impacted by global warming compared to older generations, and climate disruption is already bringing shorter winters with less snow and rising seas that threaten coastal areas. Annie Ropeik of New Hampshire Public Radio reports on the young climate activists in the Granite State who are organizing and speaking up for a livable future.

By the time today's teenagers turn 50, much of the world’s climate will feel very different. Under current warming trends, colder climates are already seeing shorter winters with less snow. And many coastal areas are dealing with rising seas that can amplify storm surges. Without swift action to stop fossil fuel emissions it could get much worse. This possible future is calling more and more young people to act and they're getting results. New Hampshire public radio reporter Annie Ropeik has this story about children in the granite state taking action.

ROPEIK: Ember and Azalea Morgan of Andover remember where they were when they first realized what climate change was doing and would do to their planet.

AZALEA: We were at a friend's house for a party, dinner, thing, blah blah blah. And we were watching TV, National Geographic, I think, and I saw this video about, like, polar bears and global warming and how the ice is melting and they don't have a lot of ice left. And I got really sad.

ROPEIK: That's Azalea she's nine and Amber is 10. Scientists say the world has about until these sisters are in college to prevent the worst effects of climate change. That night, Molly Morgan, the girl's mom, remembers what happened at bedtime. 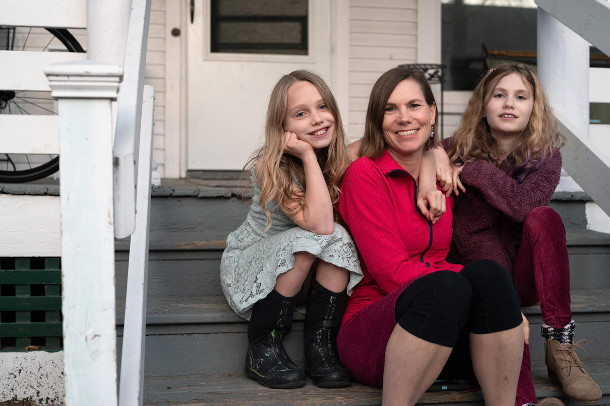 MORGAN: I had a moment with Azalea in her bed when she was just sobbing uncontrollably, like almost like I'd never heard her sob before. And for me to have my own child be cognizant of these climate issues and mass extinction on our planet it just really hit home to me.

ROPEIK: This was in 2019, just days before a major climate summit in New York. Then-16-year-old Greta Thunberg, now a household name, was sailing there across the Atlantic to raise awareness about climate change. It gave the Morgans an idea: to pack up and bike all the way to New York from their home in Andover, New Hampshire to be part of the moment.

MORGAN: It certainly was empowering, especially having those girls peddling their little legs on these tiny bicycle wheels hundreds of miles, really, it was phenomenal.

ROPEIK: Azalea says it surprised some adults that she and her sister were so invested in this at such a young age.

AZALEA: Some people are like, 'Well, we're not going to be alive to see it,'" And we're like, well, it's my future. I should decide what's good for our future.

ROPEIK: When that future arrives, if adults don't take more action now, scientists say Azalea and Ember will live on a planet plagued by more extreme heat, floods, droughts, wildfires and storms, and all the inequality, health and social problems they’ll cause. With that in mind, the sisters have kept up their climate activism -- raising money for solar panels at their school, going vegetarian and encouraging classmates to recycle. Ember ran for New Hampshire kid governor on a climate platform. They're part of a corps of youth climate activists that's growing exponentially across the state. 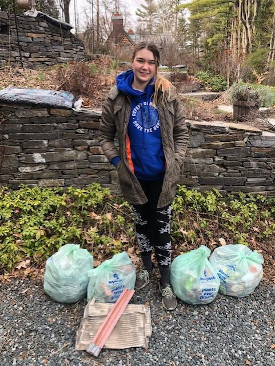 ROPEIK: Like the Morgan sisters Lydia and Nikhil say they’ve been worried about the environment for a long time. Lydia remembers first learning about the ozone hole when she was in fifth grade.

HANSBERRY: I kind of thought it's like it sounds kind of childish, but it's not fair. Like, how can we be so careless with our home and how can we just destroy it in this way?

ROPEIK: Last year, Lydia was on a Zoom call to hear about the launch of a new climate justice campaign in New Hampshire. A student organizer sent her a chat, asking if she wanted to join a youth program with the activist group 350 New Hampshire, it’s a chapter of the left-leaning nonprofit started by Vermont environmentalist Bill McKibben. Groups like 350NH are giving more young activists like Lydia an outlet for their climate anxiety. 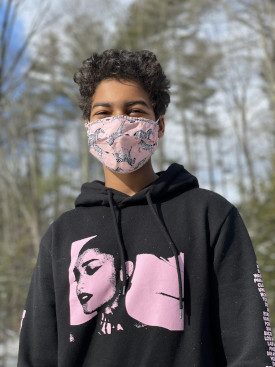 Nikhil Chavda, 14 and from Nottingham, is a youth fellow with 350NH. (Photo: Courtesy Nikhil Chavda via NHPR)

HANSBERRY: It's kind of knowing what scares you but also knowing that there is the potential to fix it.

ROPEIK: Nikhil was recruited by a friend and classmate to join 350. He says being part of a group of other activists mostly led by people in their late teens and 20s has been vital while he's still too young to vote, or drive himself to protests.

CHAVDA: It's hard to get taken seriously when you're 14. In terms of things like asking our representatives and senators to sign bills, they don't really think of us as voters of the future. They think of us as kids.

ROPEIK: Nikhil has found he and his peers can have an impact through climate strikes, raising awareness on social media, and getting out the vote for progressive candidates who support strong climate action.

CHAVDA: New Hampshire is, in my opinion, one of the most beautiful states in the country, and I want to preserve that. I want to keep temperatures down, I want to keep lakes full without drought, and I don't want sea level rise. I just want things to stay as perfect as it is right now.

ROPEIK: Nikhil says he’s learned to emphasize New Hampshire's beauty when he talks climate policy with adults, including state legislators. He hopes to run for state office himself one day. Some young climate activists are already seeing policy results. The ECO club, at Portsmouth High School helped push for a city-wide ban on Styrofoam and some other single-use plastics. But right before it was set to take effect in late 2020, the city council wanted to postpone it because of COVID-19. Abby Herrholz is a senior at Portsmouth high and the Eco club co-president. I reached her by zoom at a noisy coffee shop, she didn't have good wifi at home.

HERRHOLZ: I was really angry. I was like, this is unacceptable. We need to figure something else out.

ROPEIK: So in spite of the pandemic and remote school, Abby and her classmates mobilized. 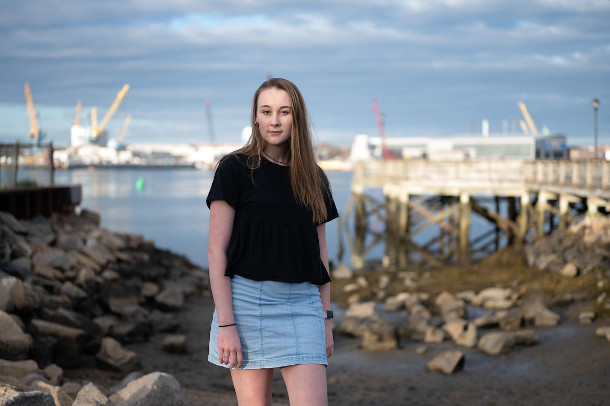 HERRHOLZ: Again, we went to the city council, we wrote letters, we reached out. And again, we brought the youth front to be like, this is our future, not all about you. And we ended up changing the minds of three or four city council members, and now the ban is in effect.

ROPEIK: Portsmouth's plastics ban is the first local ordinance of its kind in the state. All these young activists had the same advice for people their age on how to turn their fears about climate change into action. Here’s 10 year old Ember Morgan.

MORGAN: Just do it. You don't need anything. You've just got to start.

ROPEIK: They say we all have more power than we think.

BASCOMB: Annie Ropeik’s story comes to us courtesy of NHPR’s By Degrees climate reporting project. You can see more of their stories at nhpr.org/climate.


NHPR | "'It's My Future: A New Generation Of Young Climate Activists Takes The Helm In New Hampshire”