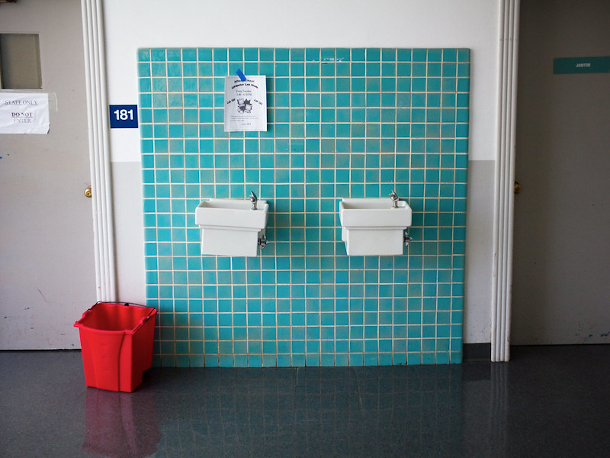 A voluntary lead testing program in Massachusetts schools found that 50% of the faucets and fountains tested had lead, a neurotoxin that damages children’s brains even at low levels, in the water. (Photo: Jeff, Flickr, CC BY-NC-ND 2.0)

In a bipartisan vote of 89 to 2 the U.S. Senate recently approved $35 billion in funding to address the public health hazards of lead pipes and overflowing wastewater. John Rumpler, the Clean Water Program Director and Senior Attorney at Environment America, joins Host Bobby Bascomb to talk about why water infrastructure improvements are long overdue and where the money would be spent.

BASCOMB: From PRX and the Jennifer and Ted Stanley Studios at the University of Massachusetts Boston, this is Living on Earth. I’m Bobby Bascomb.

In a bipartisan vote of 89 to 2 the U.S. Senate recently approved $35 billion in funding for water infrastructure to address growing problems such as lead pipes and wastewater. The bill would remove lead pipes from schools and low income households and would help make drinking water systems more resilient to extreme weather events and climate change. There’s also a provision to provide funding for tribal water systems as Native American households are 19 times more likely to lack plumbing compared to most white households. For more on how the money would be spent I’m joined now by John Rumpler. John is the Clean Water Program Director and Senior Attorney at Environment America. Welcome to Living on Earth, John.

RUMPLER: Thanks for having me here.

BASCOMB: What is the scale of the problem of lead in water in the United States?

RUMPLER: Wow, there are a few ways that we can measure that, Bobby; one way is to look at the number of these lead pipes, these lead service lines. These are the pipes that go from the water main in the street into your home, or into a small business, or a childcare facility. There are an estimated 9 million of those pipes, a little bit more than 9 million, EPA estimates. Those pipes are the single largest source of lead contamination in the homes that have them, according to EPA field tests that have been done. But we even have lead in our schools' water delivery systems, in the plumbing, in the fountains, in the faucets. And we know that lead is harmful to kids, even at very low levels. Now to just give you an idea of how widespread the problem is, here in Massachusetts, the state has done a wonderful job with a voluntary lead testing program for schools. The data are alarming: they show that nearly 50% of the faucets and fountains tested had lead in the water. Our affiliates in Washington, and Texas, and Montana, and New Jersey, and other states have found similar levels of contamination in our kids' schools. 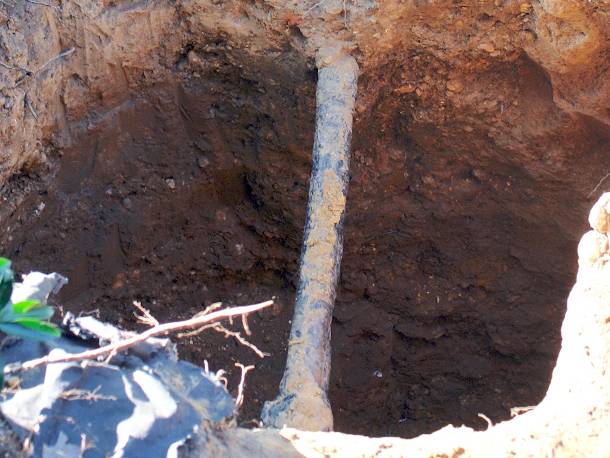 BASCOMB: Wow. And lead, of course, is toxic to anyone, but it's especially troubling for children.

RUMPLER: That's exactly right. Which is why the CDC, the World Health Organization, EPA, virtually every public health authority on the planet has said there is no confirmed safe level of lead. Even at very low levels, 24 million kids here in the US are right now at risk of losing IQ points due to exposure to low levels of lead. Now, not all of that comes from water, of course, there's other sources of lead contamination. But geez, we should not be having lead in the water where our kids go to learn and play every day at school.

BASCOMB: Now, this vote passed the Senate 89 to 2. That seems extraordinary in this climate of hyper partisanship in Congress! To what degree do you think that this vote is saying something about the universal nature of this problem of unsafe water in the country?

RUMPLER: Bobby, I think that's exactly what it's saying. And it's pretty clear why a bill like this would garner such incredible support in the Senate. So let's take Senator Capito from West Virginia. In West Virginia, in addition to the typical problems we have of lead in drinking water and sewage overflows, it turns out that there are so many old leaky pipes that drinking water utilities are losing 55% of the water that they treat and pump before it gets to people's kitchen sinks. That's just an incredible waste of water and money. So you can understand why a senator from West Virginia would want to invest in fixing those old leaky pipes, so that we can actually have clean water that's affordable and safe for all the people of West Virginia.

BASCOMB: Well, let's dig into some of the details in this bill. How exactly does it address the problem of toxic lead in water? 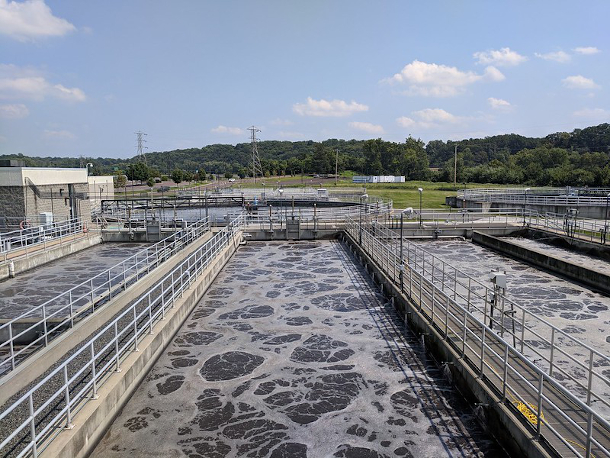 RUMPLER: Sure. The Drinking Water and Wastewater Infrastructure Act of 2021, with the dubious acronym "DWWIA," is the bill that we're talking about here. And it makes some important improvements in addressing the issue of lead in drinking water. First, it does increase the funding levels for two key programs. One is an EPA program that deals with these lead pipes, so-called lead service lines, increases the funding for that program, to $100 million per year. The second thing is that in terms of dealing with lead in our schools, it provides a total of $200 million over the next five years to deal with lead in schools. But to my mind, even more important than these increases in funding, which are not enough to solve the problems but they're a good step forward, are the actual policy changes in how these programs work. So for example, up until this bill, the primary program that EPA has for schools to receive grant funding for lead in drinking water would only allow the schools to use that money for testing. But Bobby, we have more than enough testing. We have tens of thousands of tests, already confirming widespread contamination of our schools' drinking water. What school boards and superintendents across the country need is money to actually get the lead out, to replace fountains and faucets that have lead in them, to install new filtration systems. That costs money, and the good news is that this bill, DWWIA, will now allow school officials to use that federal funding to actually solve the problem, instead of just running tests to confirm that yes, indeed, our kids are drinking water laced with a potent neurotoxin.

BASCOMB: John, so let's shift gears and talk a bit about wastewater, which this bill also plans to address. What's going on with the wastewater infrastructure in the United States? 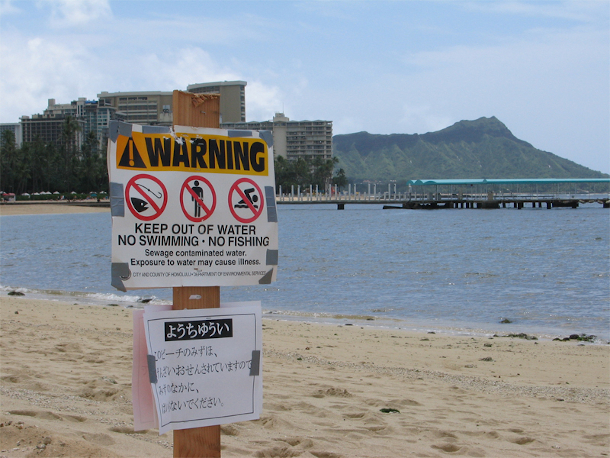 RUMPLER: You know, about 50 years ago, we made a commitment through the Clean Water Act as a nation to ensure that all of our waterways would be safe for swimming. And yet, last February, when I testified before the House Appropriations Subcommittee on the Environment on water infrastructure needs, while I was testifying, there was a sewage treatment plant in Nebraska that had been inundated with flooding, and as a result had been pouring up to a million gallons of untreated sewage into the Missouri River every day for months on end. Earlier this year, we saw sewage overflows in the greater Miami area, where of course beaches and swimming are a crucial part of our quality of life as well as the economy there. We've seen sewage overflows really pretty much everywhere: the Great Lakes, the East Coast, the South, everywhere. We did a report last summer and we'll do another one this summer called Safe for Swimming, where we looked at the fecal coliform testing data from beaches all across the country. And we found half of the beaches unsafe on at least one day per year. One in eight beaches were potentially unsafe 25% of the time. Public health experts estimate that there are 57 million instances of people getting sick because of being in contact with water, swimming, paddling, canoeing, etc. every year here in the United States. That's just intolerable in the 21st century, we can do better.

BASCOMB: And so how exactly would this bill address that problem?

RUMPLER: So the main program, the main federal program for helping states and communities to address this problem is called the Clean Water State Revolving Fund. And the bill that just passed the Senate would increase that program up to $3.25 billion a year over the next five years. I should note that the need is much greater. EPA estimates that the need for addressing our wastewater and sewage overflow problems is going to be $271 billion over the next 20 years. So just doing my math, that is a lot more than $3.25 billion a year. 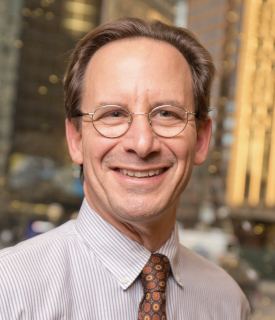 In fact, overall, when you look at drinking water and wastewater together, EPA estimates a price tag of $35 billion per year for the next 20 years. The DWWIA bill that just passed the Senate authorizes a total of $35 billion over the next five years. So it's a good step in the right direction, but a lot more help is needed to ensure that we get the lead out of our drinking water, and all of our beaches are safe for swimming.

BASCOMB: John Rumpler is Clean Water Program Director and Senior Attorney at Environment America. John, thank you so much for taking this time today.

RUMPLER: My pleasure, thanks so much.

BASCOMB: As we go to broadcast the House has yet to vote on the Senate water infrastructure bill but given the bipartisan popularity of the legislation it is widely expected to pass.


The Drinking Water and Wastewater Infrastructure Act of 2021

Environment America’s “Get the Lead Out” report