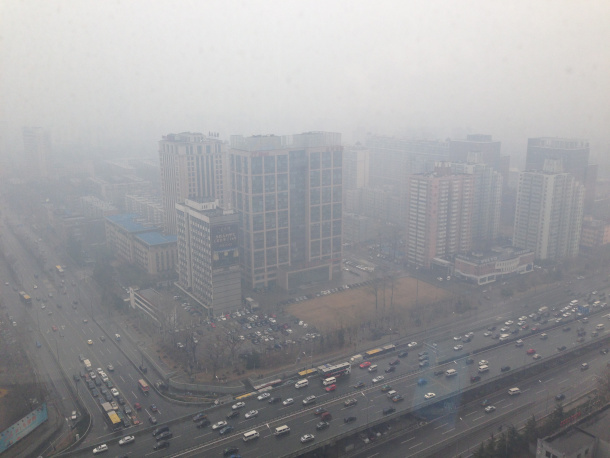 Although methane has a much shorter lifespan than carbon dioxide it is a major component of the greenhouse effect. Smog could be reduced globally by cutting methane emissions. (Photo: Josh, Flickr, CC BY ND-ND 2.0)

METHANE AND SWIFT CLIMATE ACTION: A United Nations report is expected to point to reducing methane emissions from the oil and gas industry, livestock and other sources as key for acting quickly to limit climate change. Methane is a potent greenhouse gas that doesn’t last long in the atmosphere, so reducing it can have almost immediate benefits for the climate. Michael Oppenheimer, Professor of Geosciences and International Affairs at Princeton University, joined Host Jenni Doering to discuss the role methane plays in planetary and human health.

Talk of the climate emergency usually points to big bad CO2. But the smaller molecule CH4, what we call methane, is more than 80 times stronger than carbon dioxide over the short term. And although there’s a lot less of it in the air compared to CO2, methane is responsible for as much as a quarter of the climate impact of humans. So in a forthcoming report, scientists with the UN Environment Program and the Climate & Clean Air Coalition are expected to say that targeting methane can help jumpstart climate action. They say “cutting methane is the strongest lever we have to slow climate change over the next 25 years.” Joining us now is Michael Oppenheimer, he’s Professor of Geosciences and International Affairs at Princeton University. Welcome to Living on Earth!

OPPENHEIMER: Thanks for having me today.

DOERING: So professor, why is cutting methane the strongest lever, we have to slow climate change over the near term?

OPPENHEIMER: Methane has a much shorter lifetime in the atmosphere than carbon dioxide. That means each molecule you put up there only lasts something on the order of a decade, instead of hundred, or even hundreds of years. So that if you want to effect the amount of greenhouse effect in the short term, and reduce the rate of increase of human made warming, one of the easier things you can do is reduce the emissions of methane into the atmosphere because the amount of methane in the atmosphere responds immediately to emissions reductions, essentially, immediately. While the amount of carbon dioxide has a lot of inertia and it hardly responds to any immediate emissions reduction at all, you have to reduce emissions over decades to see an answer or a response to the warming of the earth.

DOERING: So this report, and I think some other recent research finds that methane is actually playing a more critical role in climate disruption than we had accounted for. What do we know so far?

OPPENHEIMER: Well, what happened was that the amount of methane which had grown steadily since pre industrial times, as humans, mined more coal, coal mines release methane when you open them, as humans drilled for natural gas and oil, both of which leak methane into the atmosphere, because natural gas is largely methane. And because when you drill oil, there's a lot of pockets of methane down there with the oil. And the industry used to just flare the stuff wasted, even though it has a high commercial value. And then there were other sources like for instance, landfills. And cow belching it's one of the major sources. And frankly, if we all went over the vegetarian diet, we'd be having a positive effect on greenhouse gases that is reducing them, because we'd largely eliminate this particular source of warming. So there's a whole sequence of these sources, a whole series of them. And because of that methane emissions grew in the amount of methane in the atmosphere grew for many decades. And one of the major new findings is that the oil and gas industry is releasing a lot more methane than we used to think, not simply through flaring, or opening mines, coal mines or drilling oil. But because the systems that drill for natural gas, the systems that distribute natural gas transmitted across the country, and then distributed, for instance, to factories and homes have leaks all over the place and the leak rates are much, much higher than we previously expected. And that has really added to the urgency of the problem. It used to be thought that because methane has less carbon in it per unit of energy produced by burning by combustion then does coal that would be a net benefit to make a transition from coal to natural gas. But with these leaks happening all over the place, in fact, it may be no benefit at all.

DOERING: What kinds of health benefits could we see from reducing human caused methane levels? 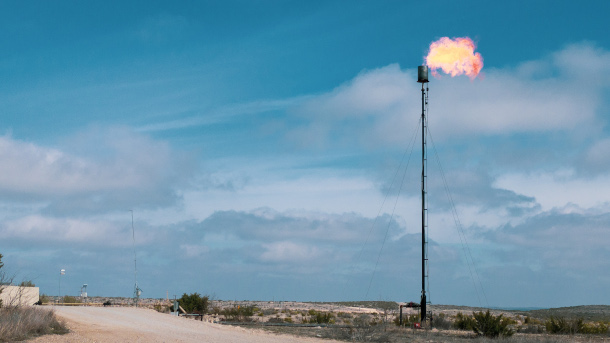 The image above shows an oil plant in Texas flaring-burning flammable gases like methane that would otherwise be released into the atmosphere. Instead of flaring, methane could be recuperated and used as an energy source. (Photo: Jonathan Curter, Flickr, CC BY 2.0)

OPPENHEIMER: There are several ways it would help human health. Interestingly, at a global scale methane is one of the important hydrocarbon precursors of smog. So you could reduce smog levels globally, by cutting methane emissions. And smog, particularly in densely populated industrial areas, it causes very high death rates and even in this country, 1000s of people every year have their lives cut short, because they're subject to too much air pollution. A second way, which relates more directly to warming is that the biggest cause of climate related mortality in this country is heat related death, and he related death is going to go up to the number of very high days it's increasing quickly. And a way to make the quickest possible dent in that is to reduce the heat trapping effect of methane. Some people say, well, people have air conditioning. Well, fine for rich people but there are a lot of people in this country that aren't wealthy and that aren't middle class, and they can't afford air conditioning. It's one of these climate justice or environmental justice issues, where people don't think about how most of humanity lives.

DOERING: You know, the climate emergency and, you know, what we're what we're facing really feels just hugely daunting. And you know, we have less than 10 years at this point to half our emissions in order to be on track to the Paris goals. How hopeful Are you that human beings can collaborate on the global scale that is needed in order to really deal with this climate emergency that we're facing? 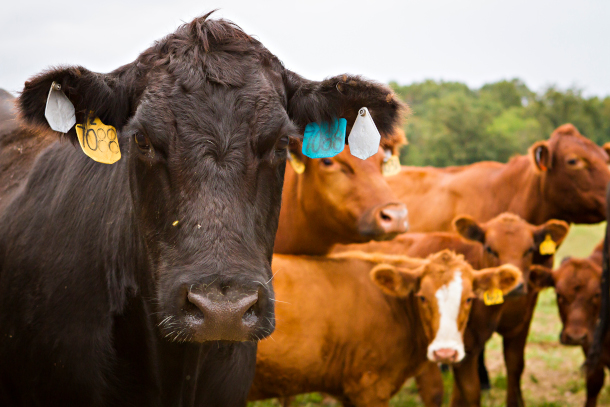 The cattle industry produces 37 % of all methane emissions from human activity. Although methane is shorter lived than carbon dioxide when it is first emitted it is about 80 times more potent in warming the planet. (Photo: Kyle Spradly, Flickr, CC BY-NC 2.0)

OPPENHEIMER: Well, first of all, I don't want anybody to lose hope. I teach that's my job. I teach young people. And I particularly in the last few years am astounded by the way that they have sort of come together to figure out what they can do to solve the problem. So they’re not distraught. They're not immobilized, they're angry. They're angry that we dumped this stuff on and basically with this problem. And so as long as they don't give up hope you shouldn't give up hope because that means there's a whole generation of people out there trying to solve the problem. So there are things that can be done. First of all, there's an energy revolution going on. This has happened partly because the government invested for decades in research and development of solar energy and wind energy. But it also happened because then after those technologies became available the market forces kicked in. So there's a picture that fits together that involves government, it involves the private sector, and involves individuals in their purchasing decisions. And the sooner we can get those three things synchronized with tighter regulations, with industry knowing that this is the future and they have to act fast, and with people changing some of their buying and living habits, we’ll be there.

DOERING: Michael Oppenheimer is a professor of Geosciences and International Affairs at Princeton University. Michael, thank you so much for taking the time with us today.


The New York Times | “Halting the Vast Release of Methane is Critical for Climate, U.N. Says”