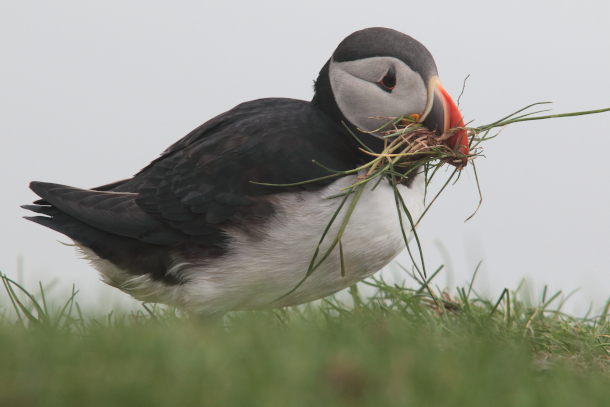 Crows are known to use tools, and now the first time, scientists have documented the use of tools by the puffin, a black and white seabird found in the North Atlantic. Living on Earth’s Don Lyman reports on the finding that puffins use sticks to scratch their beaks and feathers, the first documentation of tool use in seabirds.

BASCOMB: And I’m Bobby Bascomb just ahead, progress on tackling climate change from China and California but first this note on emerging science from Don Lyman.

LYMAN: For the first time, scientists have documented the use of tools by puffins, a black and white seabird found in the North Atlantic. Annette Fayet, an ecologist from the University of Oxford, first observed a puffin off the coast of Wales using a stick to scratch its back in 2014. Four years later, on Grimsey Island in Iceland, Dr. Fayet’s recorded a puffin picking up a stick and using the stick to scratch its chest feathers. The observations were published in the Proceedings of the National Academy of Sciences. Researchers said they are the only known examples of birds in the wild using tools to scratch themselves. 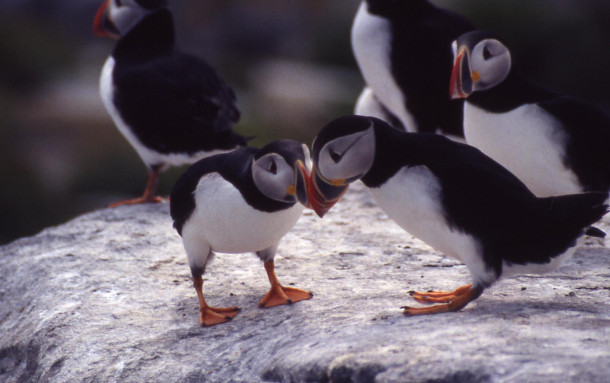 The scientists speculate that the puffins may have been trying to remove ticks from their feathers, as ticks are a common parasite in puffins. Scientists have known for some time that other birds use tools. Crows use sticks to extract food from holes in logs and Egyptian vultures crack ostrich eggs open with rocks. But this is the first known case of seabirds using tools. The researchers said that the discovery in puffins suggests that tool use in birds may be more widespread than previously thought. That’s this week’s note on emerging science. I’m Don Lyman.


Find out more about Dr. Fayet’s research on her website

PNAS.org | “Evidence of Tool Use in a Seabird”

AAAS | “Watch a Puffin Use a Tool – To Scratch an Itch”