Ruth Bader Ginsburg and the Environment 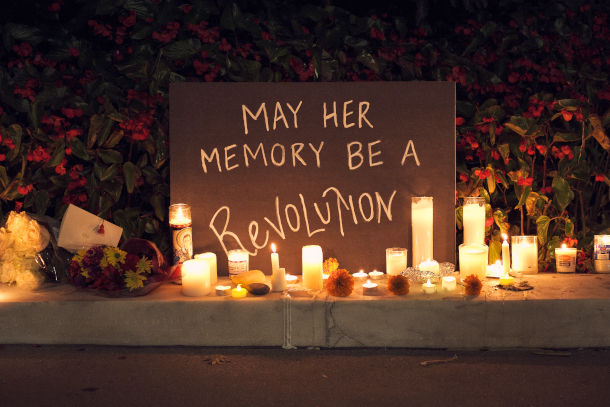 DOERING: Supreme Court Justice and liberal icon Ruth Bader Ginsburg recently passed away at the age of 87. She was only the second woman to ever sit on the court, and was best known for championing women’s rights. But she also leaves behind a remarkable environmental legacy. For more, I’m joined now by Harvard Law Professor Richard Lazarus, the author of The Rule of Five: Making Climate History at the Supreme Court. Welcome back to Living on Earth!

LAZARUS: Delighted to be here, Jenni.

DOERING: So in Justice Ruth Bader Ginsburg's nearly three decades on the court, there were quite a few landmark environmental cases. Could you tell us a few examples of times that Justice Ginsburg provided an important vote in some of the more contested cases? 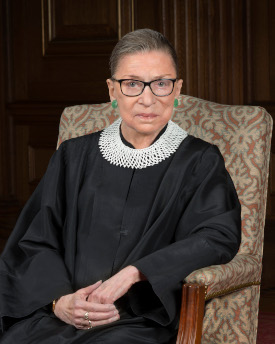 LAZARUS: Yeah, absolutely. So she was on the court for 27 years. She joined the court in 1993, not a justice for any particular reputation on environmental issues one way or the other. But you know, it's been a pretty contentious court for the past 27 years. And a lot of cases are decided by a sharply divided vote. You know, the classic example is one of my favorites. And that's Massachusetts v. EPA, largely considered probably the most important environmental case ever decided by the US Supreme Court. The decided 2007. And it was a 5-4, and Ginsburg's vote was like the other five in the majority, it was the decisive vote. And that was a case in which the court established that EPA had authority to regulate greenhouse gases under the Clean Air Act, which EPA had rejected, said it didn't. And it also no less importantly, established that a plaintiff who alleged climate injury had the right to bring a case in federal court based on an injury Article 3, standing a hugely significant decision in its own right. 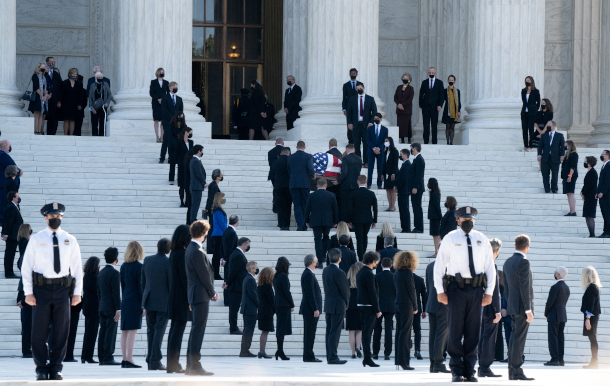 LAZARUS: Well, she did several cases, not only had the important vote, she wrote the opinion for the court, which is even more than providing the vote, I would say of the cases she wrote the opinion for the court, the one that we front center is a 2000 case called Friends of the Earth v. Laidlaw. That was a case in which a group of citizens brought a lawsuit under the Clean Water Act, alleging violations by the Laidlaw industrial facility for violating the Clean Water Act with hundreds of violations of mercury. The lower courts, the Court of Appeals had held that the environmentalists lacked standing, they lacked the requisite injury to bring the lawsuit. And the Court reversed. Justice Ginsburg wrote a tour de force in that opinion, establishing not just that these particular environmental plaintiffs had standing to bring their particular Clean Water Act suit. But she announced a new test for environmental plaintiffs' citizens standing which dramatically confirmed but a lot of people long believe that the Supreme Court had sort of eroded over time. And that is the right of people to bring these suits based not necessarily on a very hard and fast showing of adverse impact on the environment. But based on the reasonable concern, that there have been such an impact and the injury that posed on them the concern itself, without a greater showing that was a hugely important ruling by the court. And Justice Ginsburg crafted it quite nicely.

DOERING: I'm wondering to what extent was Justice Ruth Bader Ginsburg a reliable vote in environmental cases? Or maybe did it perhaps depend on each case? 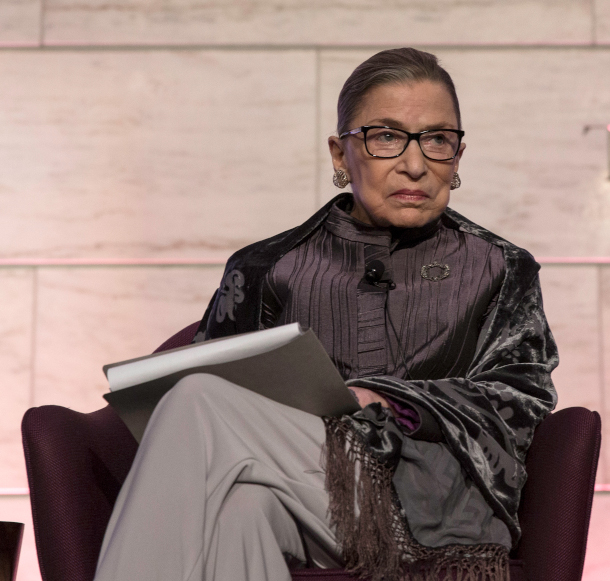 According to Lazarus, Justice Ginsburg should be remembered for her integrity and her skills as a lawyer (Photo: National Museum of American History, Flickr, CC BY-NC 2.0)

LAZARUS: It depended on each case. I mean, there's no question if you look at all the cases, all the environmental cases before her over 27 years, she voted most frequently with environmentalists, that's unambiguous, but she did not vote always for them. And that is what gave her real credibility and actually confirms her integrity, you had to earn her vote. And if you could not persuade her the legal merits of your position, you could have the best environmental policy in the world, and you would not get her vote. I'll give you an obvious an example of this involving actually the same issue. And that is global climate change, which we know she cared deeply about. About a decade ago, there was a case for the United States Supreme Court called American Electric Power v. Connecticut. It was a case in which a group of states, a group of environmental groups had sued the electric utility industry. And they argued that their contribution of greenhouse gas emissions to the atmosphere were unlawful because they amounted to a nuisance under the federal common law. The lower court had actually ruled in favor of the plaintiffs, in favor of the states, in favor of environmental groups in a sweeping across the board winning. The Supreme Court took that case, they reversed. The opinion was authored by Ruth Bader Ginsburg. She explained how there was no merit to their claim, how their federal common law nuisance claim had been displaced and had been displaced by the Clean Air Act. And whatever remedy they wanted to address climate change, as far as federal law was concerned, they'd have to seek it under the Clean Air Act. And if that meant the Clean Air Act didn't address their concerns adequately, so be it. It was recent, right, precisely, rigorously, carefully. It was not unsympathetic. It was not an opinion which suggested that there was something untoward about what they were doing. And it was an opinion, which probably because of Justice Ginsburg, went out of its way to explain how the Clean Air Act did provide some avenues for relief. But when it came to the merits of what they saw it, she clearly didn't hesitate. And not only voted against them, but agreed to write the opinion for the court. And that's not the only time. You can find, you know, handful of cases over 27 years, when she just didn't believe that the improper arguments had merit.

DOERING: Hmm. Professor Lazarus, how should we remember Ruth Bader Ginsburg, from an environmental law perspective, do you think? 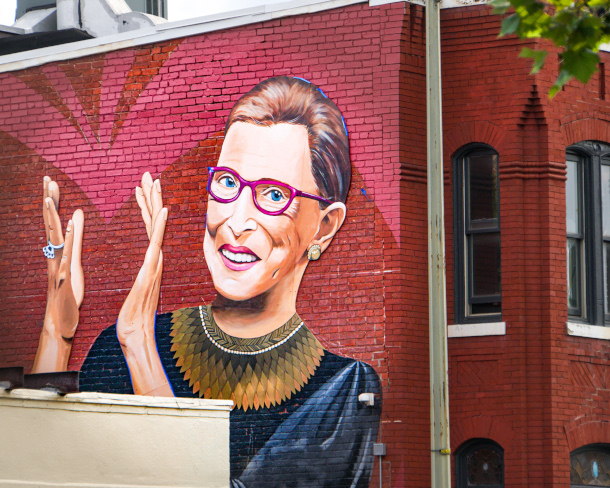 LAZARUS: I think she should remembered first and foremost as a great lawyer, just an outstanding lawyer, someone who did not come to the cases, sort of predisposed to necessarily rule in favor of environmentalists but who came with an open mind, and came at undoubtedly with some inherent sympathy to them. And not as a skeptic, though. She was willing to look at the cases and be persuaded by the legal arguments. And therefore when you got her vote, it meant more, you knew that she wasn't just voting for you, because she liked your position as a political partisan. She was voting for you because you earned her vote with the strength of your legal argument. That's a great legacy for a judge. It's a terrific legacy for justice, you can't expect anything more really than that, which is someone's going to give you a fair shake, they're actually can consider the merits and strength of the argument. And if they're strong, you win, if they're not strong, you shouldn't win. You do the best you can. It's the best legacy you can have. And in the process, over 27 years, she made her mark. She made her mark in environmental cases, by writing significant opinions. She made a mark by providing dispositive votes in cases of enormous historic significance. She made her mark by dissents. Dissents in opinions she wrote, which will be read and heard by people for decades, and maybe persuade future justices. And yes, she even made her mark by sometimes ruling against environmentalists. That's what made those votes in their favor. All the more important.

DOERING: And from an environmental perspective, what do you think the court will look like now without Justice Ruth Bader Ginsburg, what environmental cases are on the docket now? 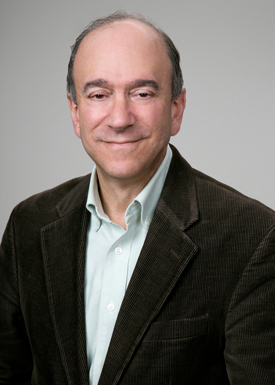 Richard Lazarus is a Professor at Harvard Law School and has presented oral argument before the Supreme Court in 14 cases. (Photo: Courtesy of Harvard University Press)

LAZARUS: Well, they're gonna miss her. They're gonna miss having such a good lawyer in the midst, and she's one of the best lawyers, the court has had for decades. In the immediate term, they're no hugely pressing cases before the court, they'll miss your voice. And obviously, if you replace a Justice Ginsburg with a justice, who is more like Justice Kavanaugh is, that could make a big difference in cases. That could play a major role in limiting the ability of a future EPA to protect public health and welfare under existing statutes. If Congress is able to pass new laws that are tougher than that problem goes away.

DOERING: Richard Lazarus is the Howard and Katherine Aibel Professor of Law at Harvard Law School. Thank you so much, Professor.

LAZARUS: Thank you so much. I was glad to be with you again.

Living on Earth’s interview with Richard Lazarus about The Rule of Five, his book on Massachusetts v. EPA