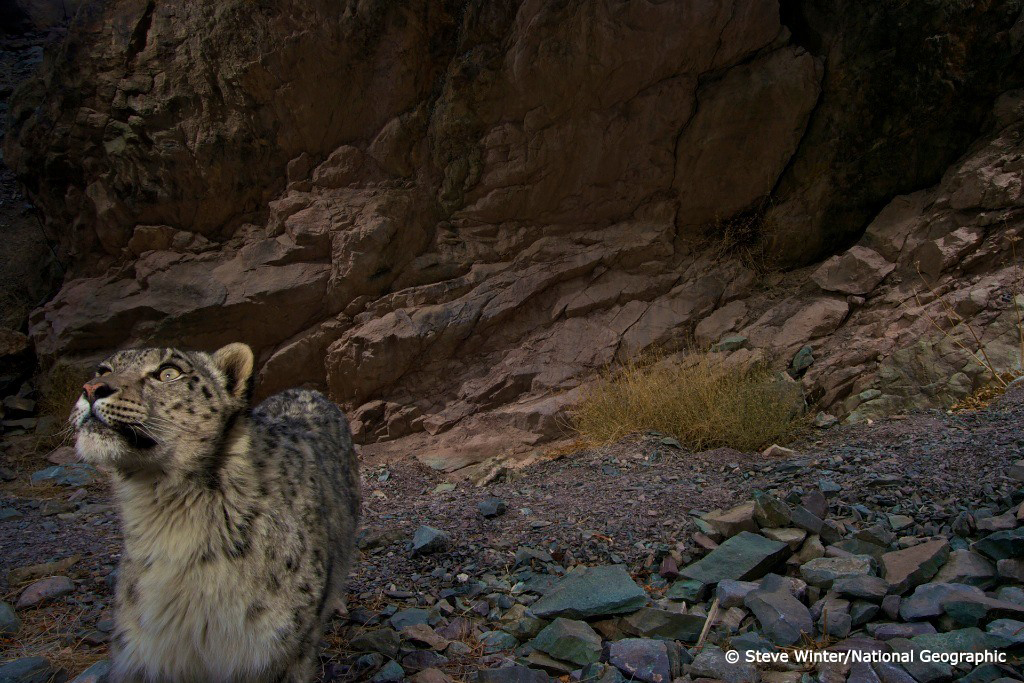 Snow Leopards range widely across Central Asia, and are among the world's most endangered big cats. Tom McCarthy of the conservation group Panthera tells host Steve Curwood that Buddhist monks are employing their reverence for all living things to help save the snow leopard.

CURWOOD: Well, as Ari Daniel argues, faith and reason can be complementary - and perhaps together they can achieve successes impossible to either of them separately. One example of that may be playing out at the moment at the top of the world - in the high mountains of Central Asia. That's the habitat of the snow leopard, one of the world's most endangered big cats. But there might be hope for them in a new partnership between the conservation group Panthera, and the Chinese environmental organization Shan Shui. 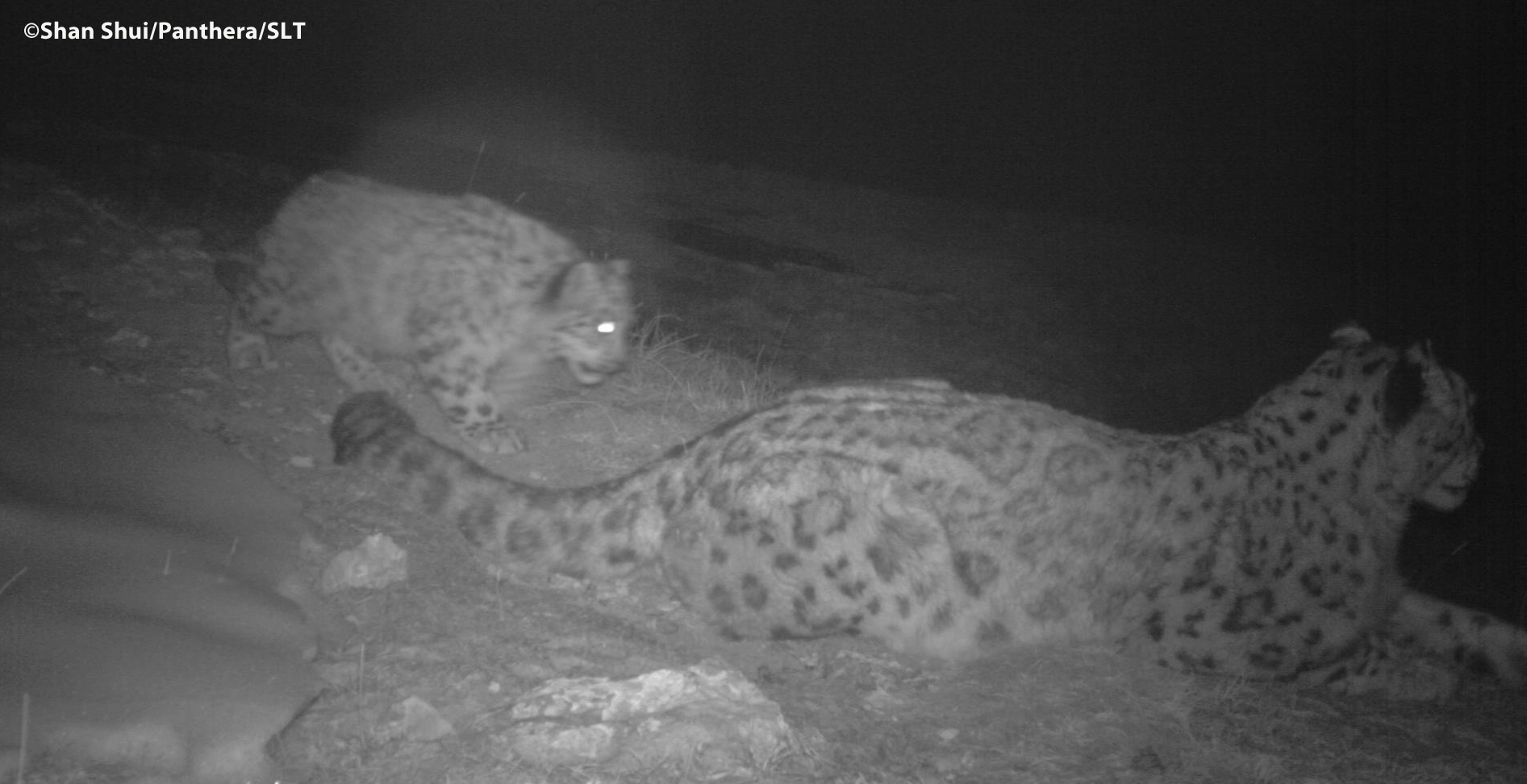 Shan Shui means "mountain water" and the groups are turning their eyes to the mountains for conservation help from Buddhist monks. Tom McCarthy is the Executive Director of Panthera and he joins us now from Seattle to explain how the monks are helping and why the leopards are so threatened.

Camera trap photo of a snow leopard on the Tibetan plateau (photo: Panthera)

MCCARTHY: Globally the snow leopard range extends over a very large swath of central Asia, about two million square kilometers. Across that entire area, there could be as few as 3,500 snow leopards remaining today, optimistically we might say it’s as high as 7,000 remaining. They are considered endangered all across the range, and they’re on the red list of every country in which they occur ,which is 12, and they’re protected by several international treaties as well.

CURWOOD: What are the major threats?

MCCARTHY: There’s several really. One of the most serious ones is retribution killing for loss of livestock. Snow leopards are predators, and they are not immune from coming down and taking herders’ livestock whether it’s sheep, goats, yaks, and most of the people that live in snow leopard range they’re very poor, semi-nomadic or nomadic herders whose entire life is pretty much tied up with their livestock. So when a snow leopard or any other predator takes one, it has a pretty large economic impact on them, so they’re somewhat inclined to go out and kill the snow leopard.

So that’s one of the biggest concerns that we have. Another one is loss of natural prey. They normally eat wild sheep and goats in the mountains, and when populations of those decline for whatever reasons, whether they’re poached, or whether there’s competition with livestock, and their numbers go down, then snow leopards of course turn to livestock, so you kind of have a vicious circle going there. And, of course, snow leopard hides, pelts and their bones are very very valuable on the black markets across the region. Their bones are highly valued in traditional Asian medicine so a lot of them, so a lot of them are killed simply for economic reasons. 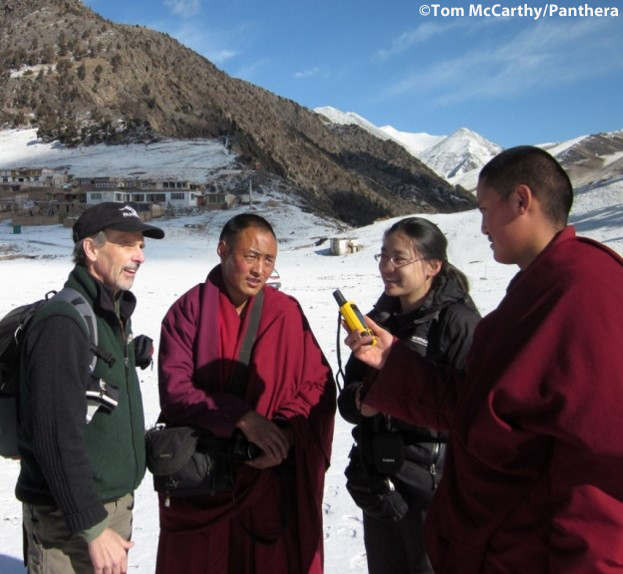 CURWOOD: How much is the pelt of a snow leopard worth?

MCCARTHY: Well, it depends on which part of the market chain you’re on. A local herder might get $50 to $100, maybe $200 for it. On the other end, when it hits Eastern European fur markets, you know, it could be in the thousands. But that’s nothing compared to what a single set of snow leopard bones is worth on the medicinal markets, which a single snow leopard could bring up to $10,000 just for its bones. 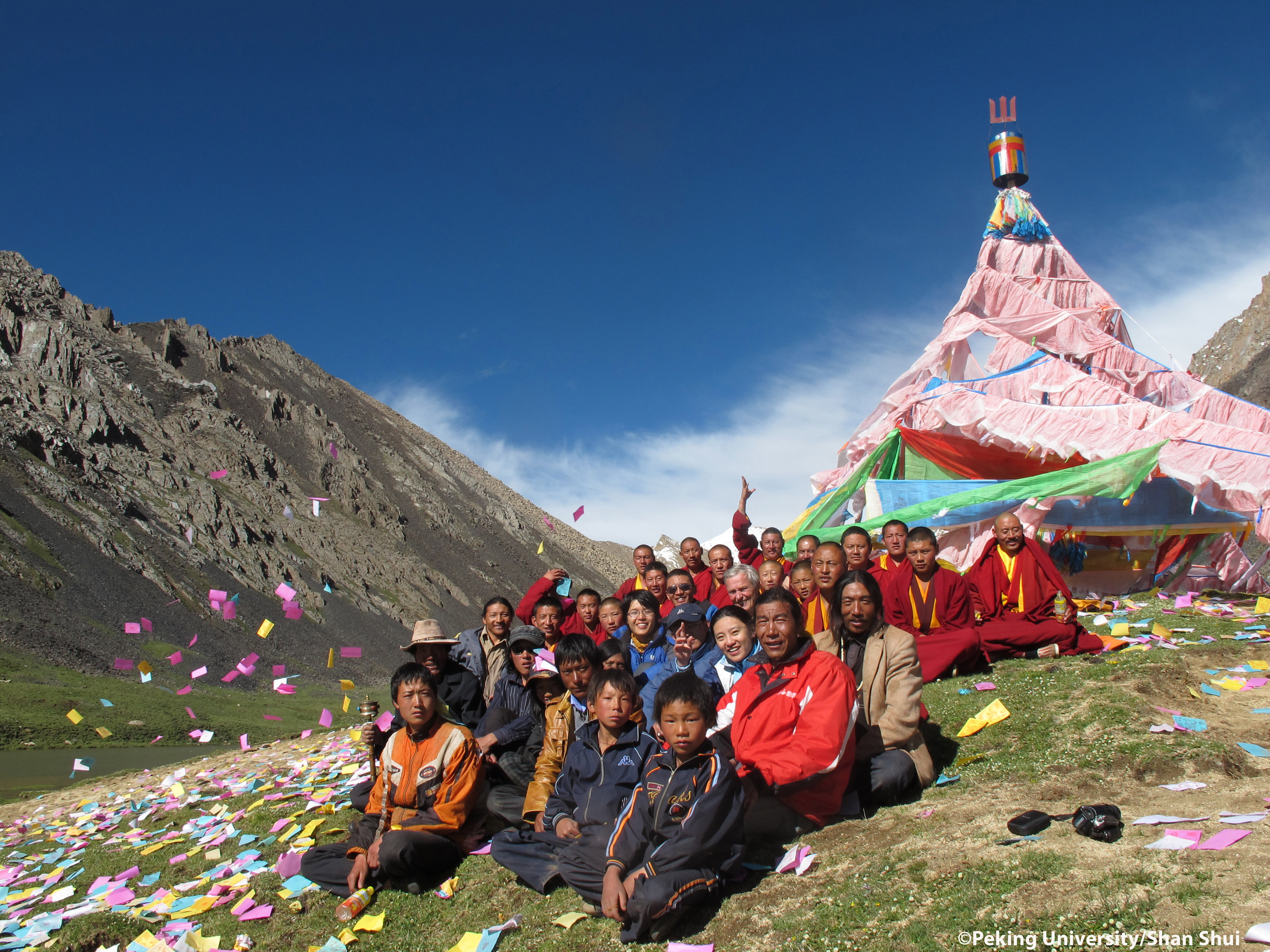 CURWOOD: So, Tom, your organization, Panthera, has enlisted the services of Buddhist monks to help conserve the snow leopard. Can you describe this program for us please?

MCCARTHY: Yes. Correct. It actually came from a PhD research project of a Chinese graduate student, and she was first out trying to document the occurrence of snow leopards across a very large portion of the Tibetan plateau in Qinghai province, and one of the things in mapping their occurrence that she happened to notice was that snow leopard range corresponded very closely to where most Buddhist monasteries were in the region. 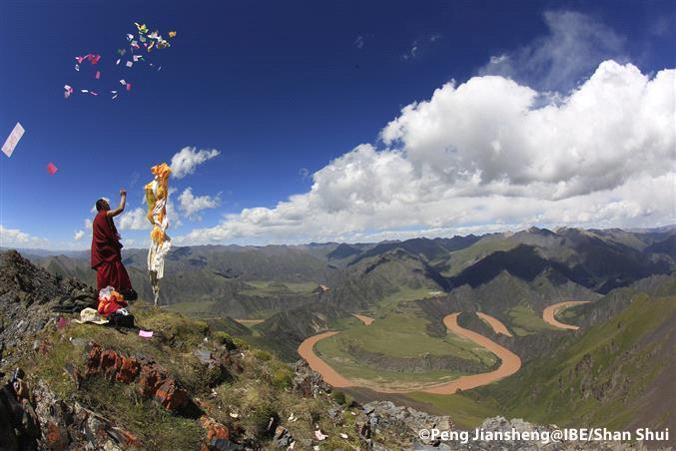 The upper Yangtze curve beside a sacred mountain of Xiari Monastey (photo: Panthera)

Around each of the Buddhist monasteries, there’s a number of sacred mountains, sacred lakes that they routinely patrol to keep people from violating any of their regulations or for killing any animals. And so she kind of put two and two together and already knowing that Buddhists have such a high reverence for life, that if those Buddhist monks in snow leopards habitat could be assisted just a little bit in the role that they already played in protecting nature in general, that it would probably be a very positive situation.

So our partners at ShanShui, the conservation organization, went out and formed a partnership initially with four different monasteries, and what Panthera and Shan Shui do is provide the monasteries with a little bit of extra training, some of the basic tools that they need to do snow leopard monitoring, so now they can go out and not only protect snow leopards, but also count snow leopards. They do an awfully good job of talking to their followers about protecting snow leopards and the value of snow leopards in the ecosystem, and the end result is we have a much stronger conservation ethic being imparted to the people across the plateau through the Tibetan monks.

CURWOOD: What’s it like to be out on patrol with these monks?

MCCARTHY: Oh, it’s great to see people that already have such a wonderful love for all nature. A lot of these folks spend a great deal of time out there. They’re very inquisitive, they’re very knowledgable, they’re taking pictures, they’re using video cameras. They’re learning to document where snow leopards occur using specialized camera traps that we provide them - the infrared detecting motion-sensing camera traps. So they’ll put those out around the monasteries, and then they can get photographs of the snow leopards and help count the snow leopards that they are there to save, and that also works out as a very valuable educational tool, because then they can show their followers, the snow leopards that are right there in their own surroundings, and so that really heightens the villagers awareness, and their appreciation for snow leopards. 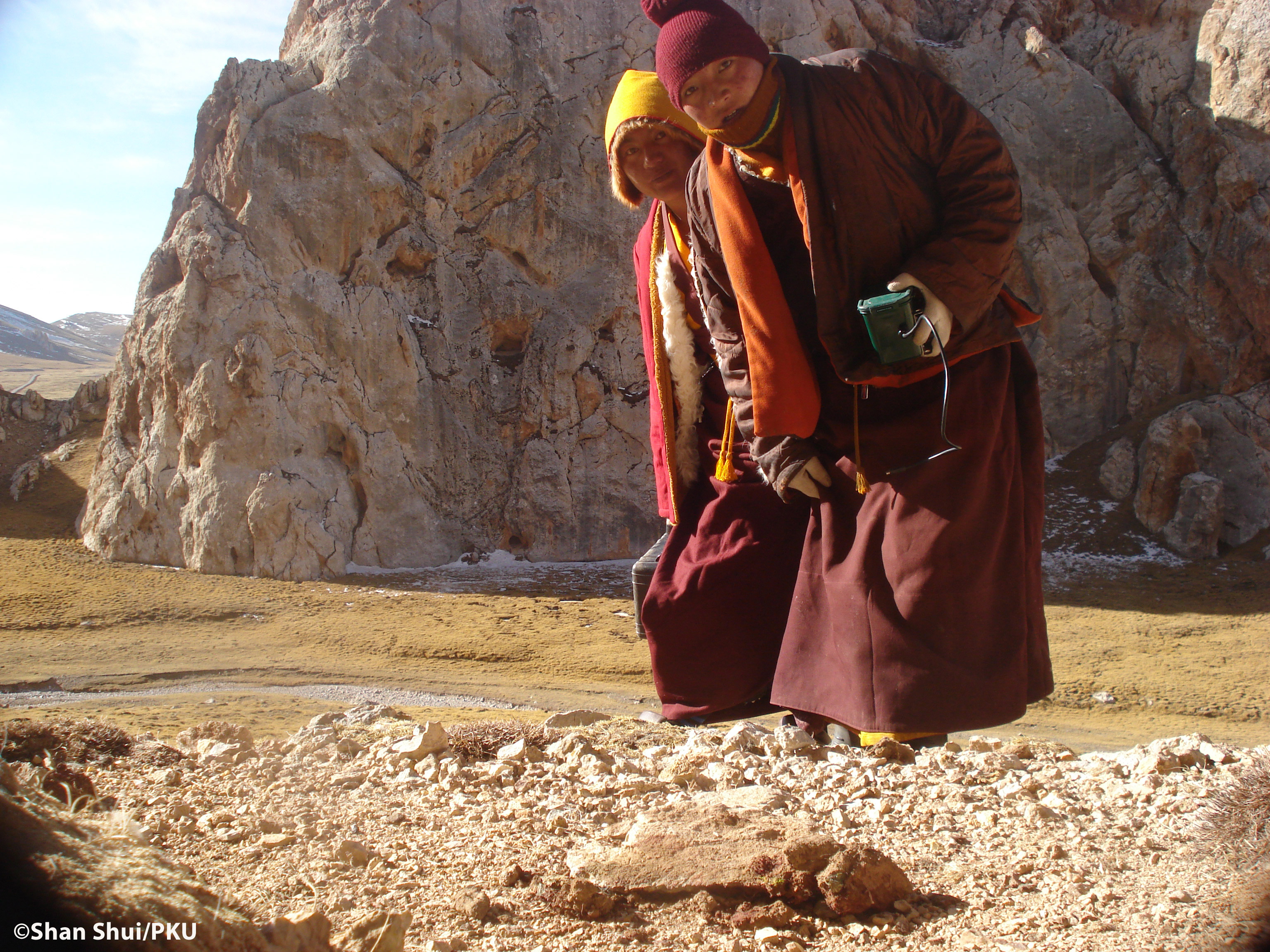 CURWOOD: How do local people respond to the monks?

MCCARTHY: Very positively, in the cases that we’ve seen. Now, going back to one of the threats that we had with snow leopards which is loss of livestock due to depredation by the cats - the monks recognize this as well. In fact, a couple of years ago, there was an instance where three snow leopards - a female and her two nearly grown offspring - came into the village and killed several livestock, and the villagers killed all three snow leopards. 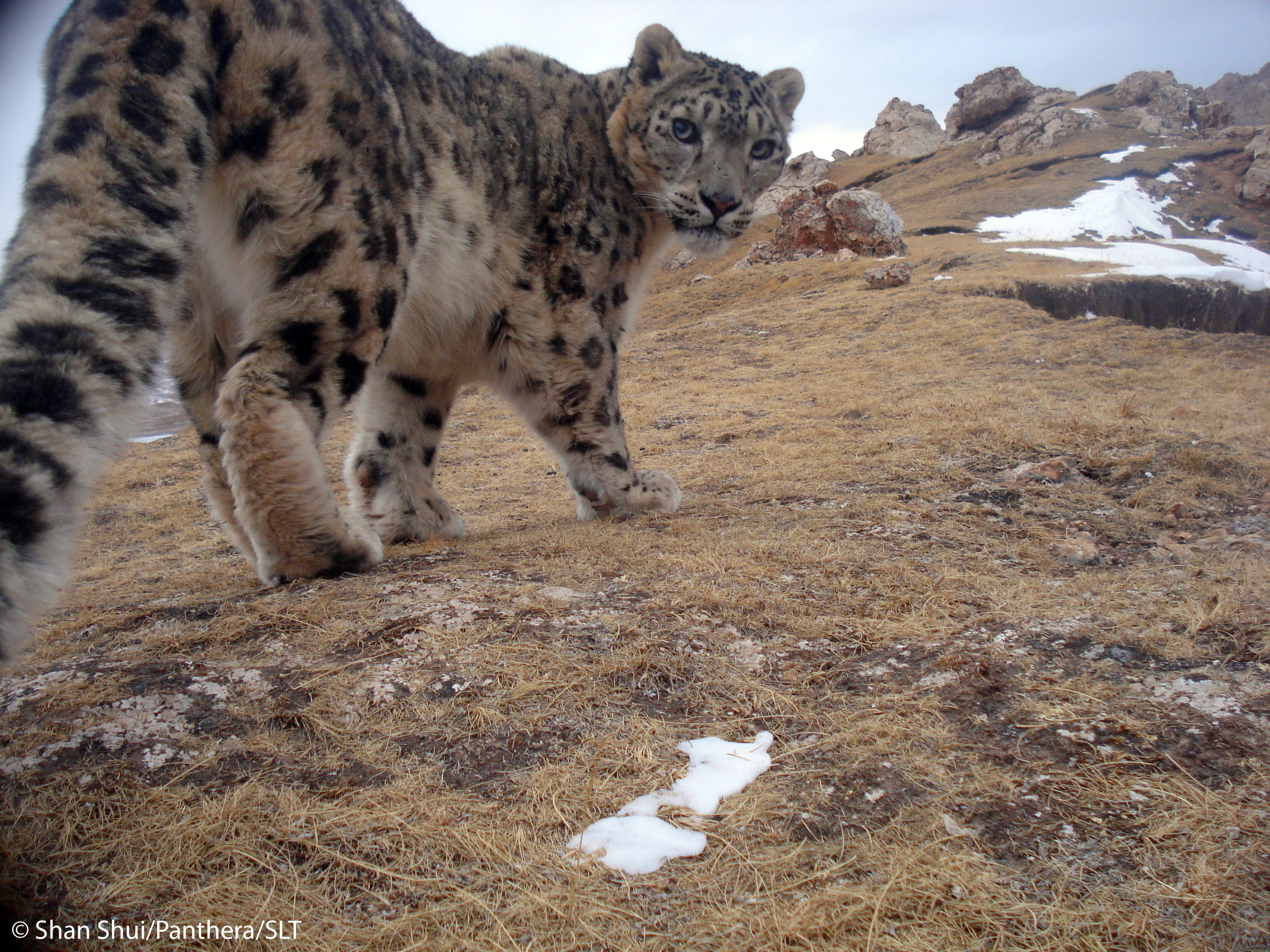 Camera trap photo of a snow leopard on the Tibetan plateau (photo: Panthera)

Well, recognizing that that was a natural thing for them to do because of the great economic loss, they helped by instituting a livestock insurance program where the monks put their own money and effort in to create this program. Now the individual herders can insure their yaks for just a few pennies each, and if any of them are killed by a snow leopard, then they’re compensated for that out of the insurance proceeds. So the monks have helped in a number of ways. They help by enforcing, they help by preaching their religion and their love for all life, and they help by setting up these economic programs that help people when they are impacted by snow leopards. 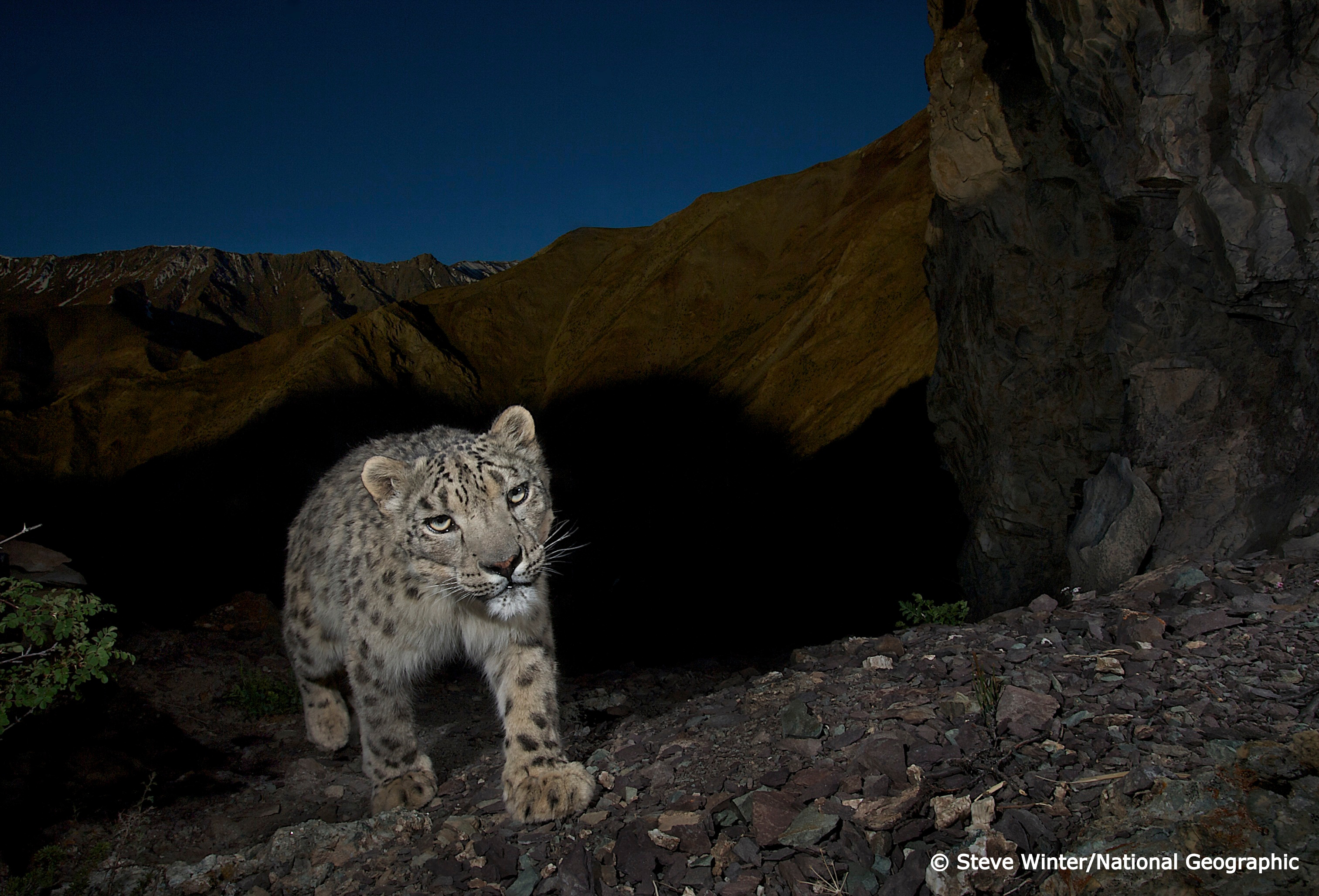 CURWOOD: How much is this effort helping to save the endangered snow leopard do you think?

MCCARTHY: Well, we know within the villages where we currently have the livestock insurance program, there have been no snow leopards killed in the last two to three years. And we know as we expand that, and we have plans to really expand that over the next couple of years, that we should see the same types of results. 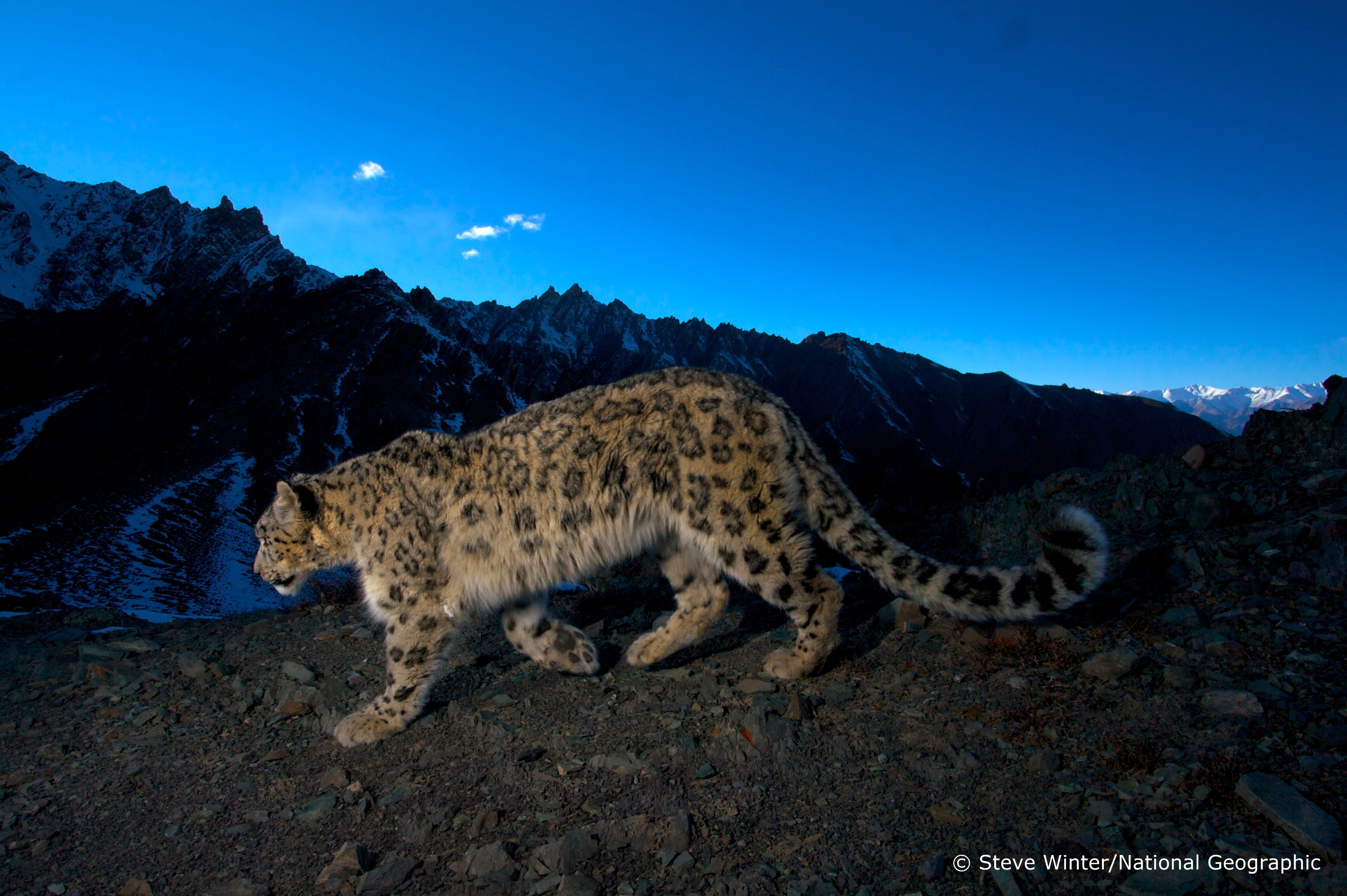 This is very early in the process, so we’re positive the outcomes will be great. We can’t point to anything more at this point besides positive movement in attitudes of the local people. And I think that’s really brought out by these festivals they have each year, and a few years ago, one of those was attracting 10,000 to 12,000 people, and now it’s attracting up to 50,000 people a year where the senior monks get everyone there to pledge to save snow leopards for the rest of the lives. That’s big. That’s bigger than anything I could do with any type of conservation program that I’m aware of. 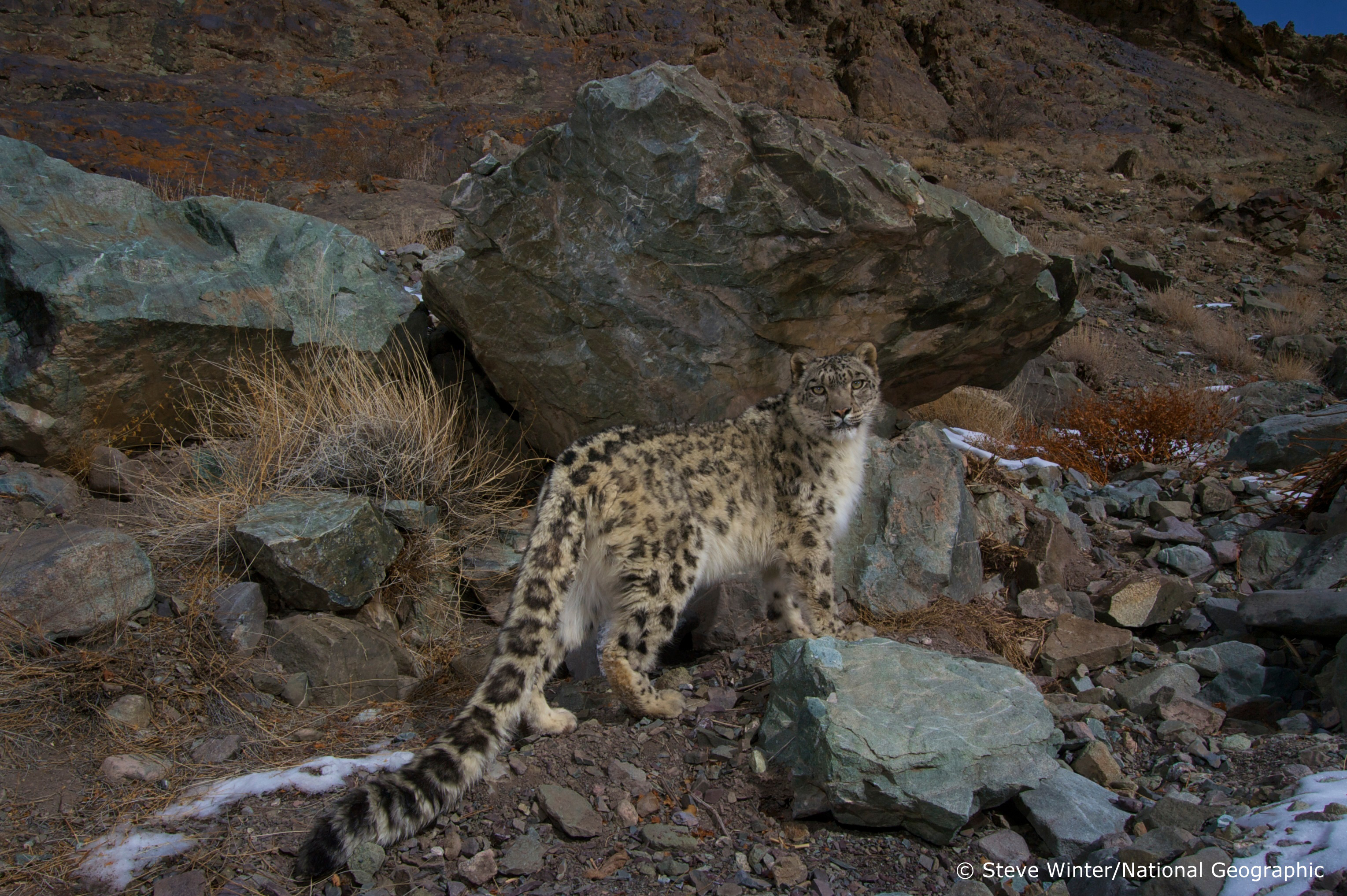 CURWOOD: By the way, Tom, typically western environmental activists don’t use religion as a tool for conservation. What lessons might they be able to learn from your experience?

MCCARTHY: Well, I think this is a good example of when you link the positive attitudes that various religions have for nature with good sound science that you could come up with conservation programs that have a very substantial impact, and you’re right, I don’t think here in the west we always take advantage of that, and I’m certainly not a student of religions, but to the extent that I know it many of them have strong teachings about the value of nature, and I just don’t think that in most cases we’ve melded the science and the conservation and the religious ethics in a way that creates positive conservation programs like what we’re seeing on the Tibetan Plateau.

CURWOOD: Tom McCarthy is the Executive Director of Panthera. Thank you so much. 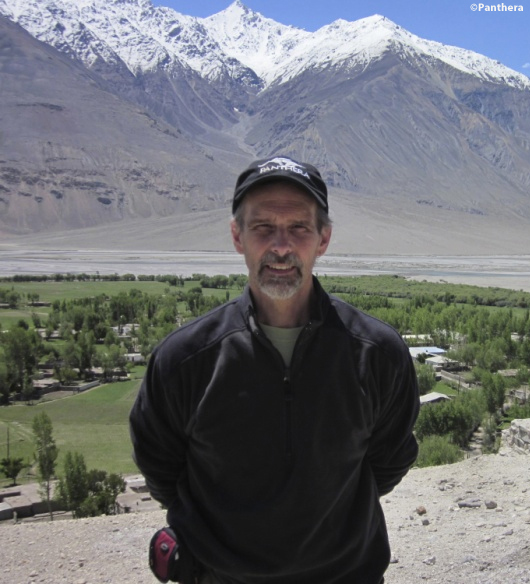 MCCARTHY: You bet. Thank you very much for having me.