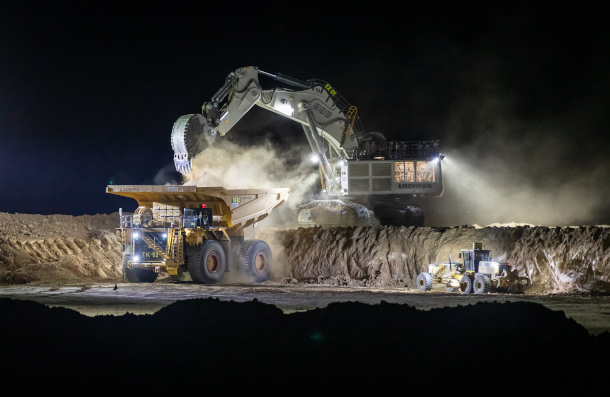 For this week's trip beyond the headlines, Environmental Health News Editor Peter Dykstra joins Host Steve Curwood to talk about G20 nations providing more than $3 trillion in subsidies for fossil fuels despite their pledges to reduce emissions under the Paris Accord. Then, the two turn to the Great Salt Lake, which is becoming an environmental hazard as it continues to dry up. Finally, the two look at the 100th anniversary of the first crop dusting by airplanes and the birth of Delta Airlines.

CURWOOD: Time now to take a look beyond the headlines with Peter Dykstra. Peter's an editor with EHN.org and DailyClimate.org. He is on the line now from Atlanta, Georgia. Peter, what's going on? What do you have for us today? And how are you?

DYKSTRA: I'm doing fine, Steve. And I've got some news from the G20. The 20 most affluent, most influential nations in the world. There's a report from Bloomberg New Energy Finance, it's a little think tank that's become an influential voice in tracking clean energy and climate change related issues. Bloomberg NEF says that the G20 nations are engaging in reckless subsidies for fossil fuels, oil, coal gas, despite their pledges to address climate change. $3.3 trillion in subsidies in the last five years.

CURWOOD: Since Paris, in other words, having pledged to cut back at Paris. Nonetheless, they spent over $3 trillion on subsidizing fossil fuels. Who were the bad boys here?

DYKSTRA: In terms of percentages, the nation that's done the worst is Australia. Their subsidies, mostly for the coal industry, have grown by 48%. Australia is making a healthy living these days exporting coal to India and China. But number two on the list, getting the silver metal is the United States of America. We'll give a little gold star to the UK because they've actually reduced their subsidies for fossil fuels.

CURWOOD: Well, thank you, UK! And no surprise about the US since most of the last five, six years since the Paris Agreement was struck, we were out of it. What else do you have for us today? 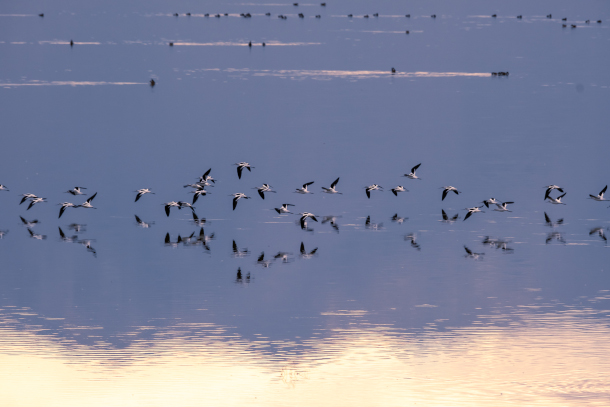 DYKSTRA: Here's something that's shrinking. And that's the Great Salt Lake. That beautiful, picturesque body of salty water in northern Utah in the middle of the desert has reached its record low levels ever. That concerned scientists. Number one, the Great Salt Lake is a very important stopover for migratory birds. But also when the lake bed dries up, there are toxic metals and other substances that blow around as dust that are unhealthy for humans, migratory birds and every other form of wildlife.

CURWOOD: And to what extent is the Great Salt Lake a source of salt? That is, the sodium chloride, the stuff that people can put on their food, and elements like magnesium?

DYKSTRA: Magnesium, other elements, there's actually a market for brine shrimp. One of the things that migratory birds eat, but also there's a market for them out there among humans. The Great Salt Lake also impacts weather in the region. Much like the Great Lakes, it can create lake-effect snowfall, which is something that the ski resorts of Utah depend upon.

CURWOOD; Let's turn now to the history books and if you flip open one, tell me what you see.

DYKSTRA: An august 100th anniversary, August 3rd, 1921 to be specific. The first crop dusting aircraft is flown by Lieutenant John Macready, who dusts a field of catalpa trees near Troy, Ohio, using lead arsenic, what can possibly go wrong, to kill caterpillars? 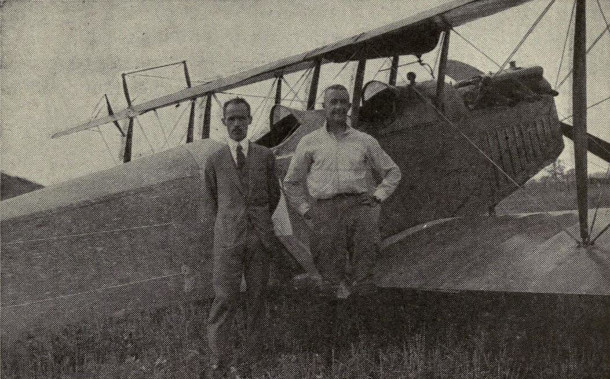 CURWOOD: Yeah, I guess if the lead didn't get them, the arsenic certainly did.

DYKSTRA: Yeah, one of the biggest operators in the south, where crop dusting really caught on due to the boll weevil infestation, started in 1925 in Macon, Georgia, not too far from here. Huff Daland Dusters Incorporated did a booming business, not just in Georgia, but in the Mississippi Delta. There they started a passenger and air mail service, Delta Air Service in 1928. They pretty soon after got out of the crop dusting business. So you're airborne pesticides don't have to change planes in Atlanta for one of the world's largest airlines.

CURWOOD: All right. Well, thanks, Peter. Peter Dykstra is an editor with Environmental Health News, that's EHN.org and DailyClimate.org. We'll talk to you again later this summer.

DYKSTRA: All right, Steve, thanks a lot. We'll talk to you soon.

CURWOOD: And there's more on these stories on the Living on Earth web page. That's LOE.org.